About the Marion Vannett Ridgway Award 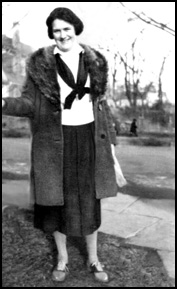 Born in 1903, Marion Vannett Ridgway was a successful artist’s representative in New York City for about forty years. She was one of the first women to forge her way into this career, and she was known for giving generously of her time to those artists and authors who needed help navigating the publishing world. It is in memory of her helpful and generous spirit that the Marion Vannett Ridgway Awards were founded.

Ms. Ridgway was also the author of a children’s book called Time to Eat published in 1945 by Robert T. Weaver Associates and Howell, Soskin, Publishers Inc. (Her name on the cover was misspelled as “Ridgeway” with an e.) After a life rich with friendships and a rewarding career, Marion Vannett Ridgway passed away in 1992.

The Marion Vannett Ridgway Award was founded in 1993 by Elizabeth Park, a long-time friend of Marion’s. Ms. Park oversaw the awards for the first several years. In 1998, she asked one of the judges at the time, painter and children’s book author and illustrator Mark Shasha to become the new administrator of the national award.

In 2005, Mark passed the administrative baton to Christine Alfano, who has written regularly about children’s literature for The Hungry Mind Review, Ruminator Review, and Riverbank Review.