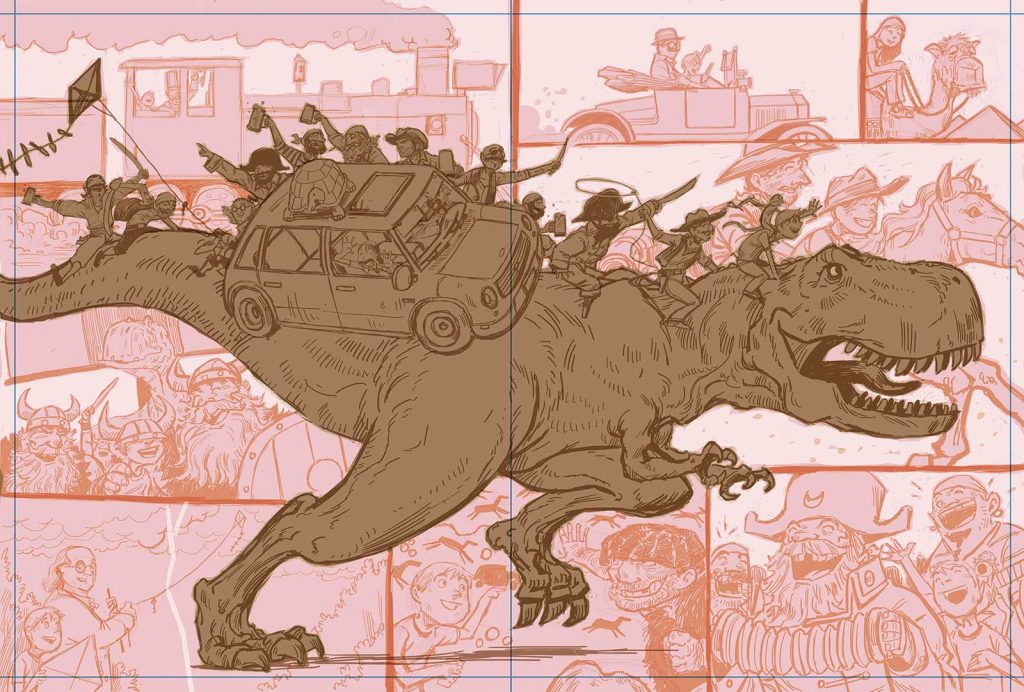 Are We There Yet? Process art 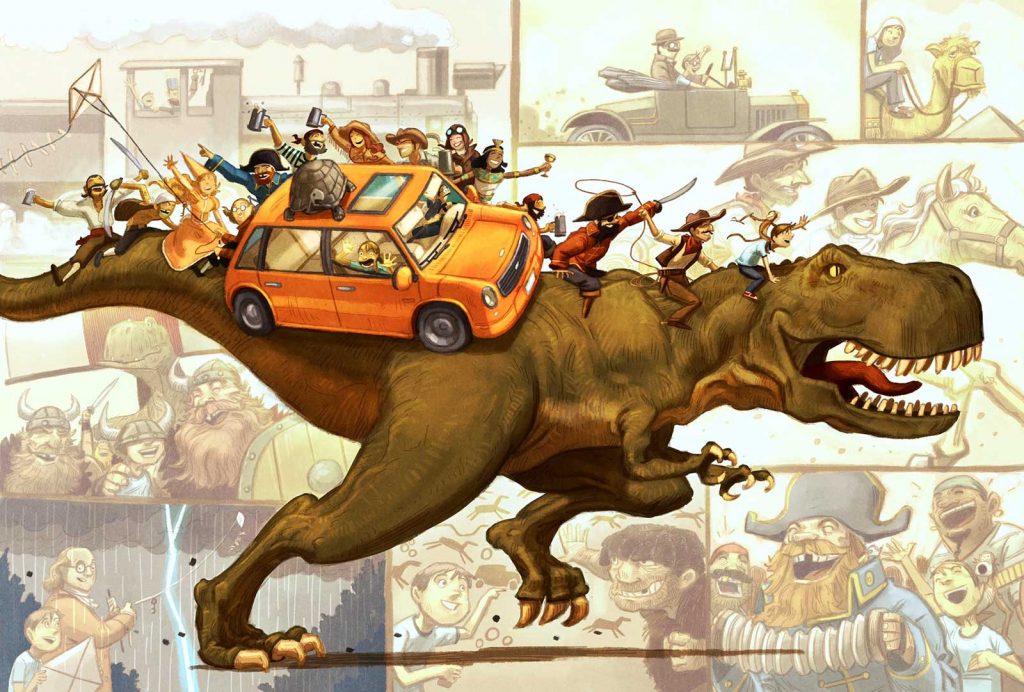 Are We There Yet? Process art, digital

Dan Santat: Are We There Yet?

“The majority of the time I will work on a computer, using Adobe Photoshop and a drawing tablet. However, in the last few years I’ve often tried to illustrate a book using materials that I feel lend themselves to the content of the story and incorporate these various elements on a computer. For the last five years, I feel like I’ve been under constant deadlines, and the computer is just the most time efficient way to do things. I’ve always been open to the idea of using various mediums together to add to the look of a project, and I’ve always wanted to have a more organic feel to my books without it feeling forced. The computer affords me the luxury to experiment without losing time. In [Mac Barnett’s] Oh No! (Or How My Science Project Destroyed the World), I actually screen-grabbed scenes of white from old movies so that I could overlay that gritty texture over my artwork in order to make it feel like a still from an old film.”

Santat’s style ranges from detailed to quite spare, but always seems to have a freshness and snap, in part because of his lively linework, rich colors, and loose, painterly textures.

Santat used to paint in acrylics. He moved into a process of starting pieces in acrylic and developing the finish in Photoshop; and now does many of his illustrations directly in Photoshop.

Even when working digitally, Santat said he worked from dark to light with opaque strokes of color, analogous to the way he painted in traditional media.

Lines and Colors is a blog about illustration by Charlie Parker, a teacher in animation for Web at the Delaware College of Art and Design. 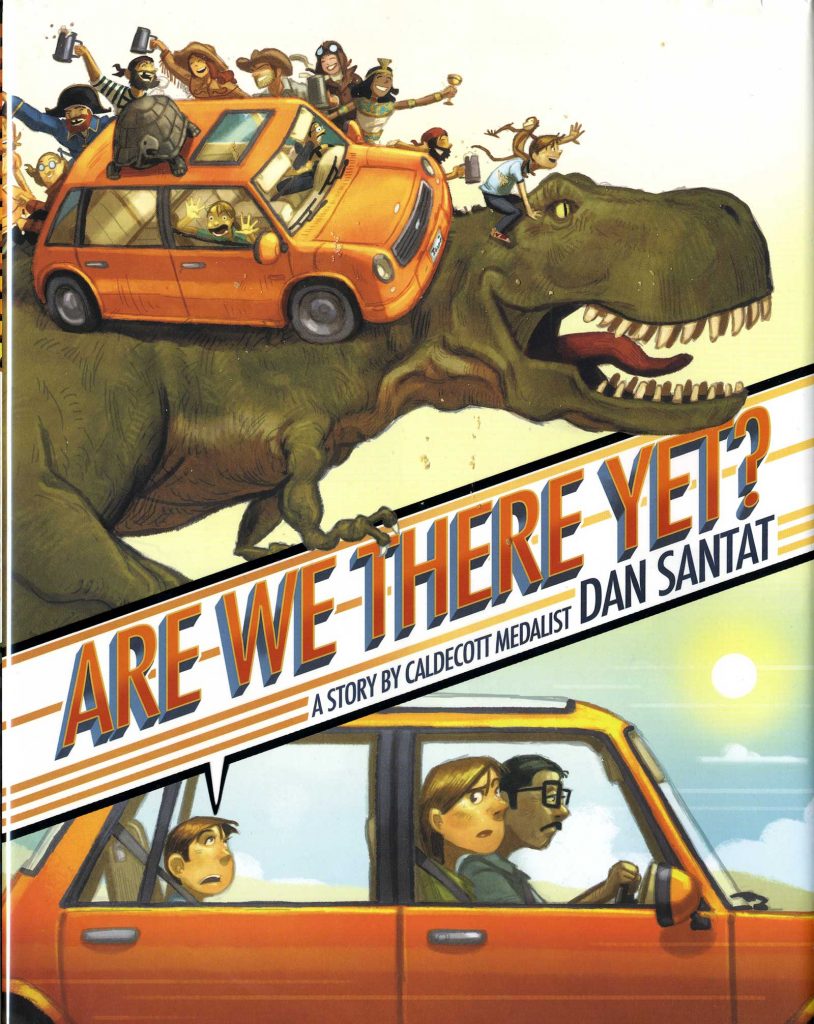 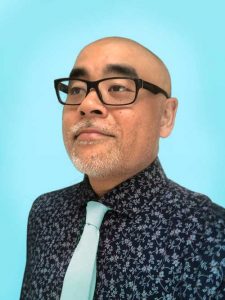 Dan Santat was born in Brooklyn, New York to Thai parents who immigrated to the United States. When he was three, the entire family moved to California. Santat’s parents wanted him to be a doctor and he originally attended the University of California for a degree in microbiology. After graduation he decided to act on his love of art and enrolled in the Art Center College of Design in Pasadena. He took on jobs in various art industries until reaching the world of children’s illustration, where he stayed.

Santat has been known for his lively, action-packed digital illustration and prolific output. He also created the Disney animated show The Replacements. In 2015 he received the Caldecott Medal for The Adventures of Beekle: An Unimaginary Friend.