A mom was looking for suggestions for a book for a fourteen-year-old. He likes to read but says he can’t find anything that he likes.

He doesn’t like romance, not even a whiff of it. Forget John Green and Sarah Dessen. No foul language. (His mom doesn’t know where that comes from) That takes out a lot of contemporary fiction. And some fantasy. He didn’t like Feed (I am feeling my magical reference powers fade.)

He did like Hoot. He’s read all of Stuart Gibbs including the latest Spy School Secret Service. So we know he has a sense of humor and likes a page turner. What about graphic? He loved Baby Mouse by Jennifer and Matthew Holm when he was younger. The usual suspects came to mind, Terry Pratchett’s The Wee Free Men for its smart humor, world-building, and characters. Hitchhiker’s Guide to Galaxy by Douglas Adams, same but then I remembered the ground breaking Hereville, unique voice in a unique format. 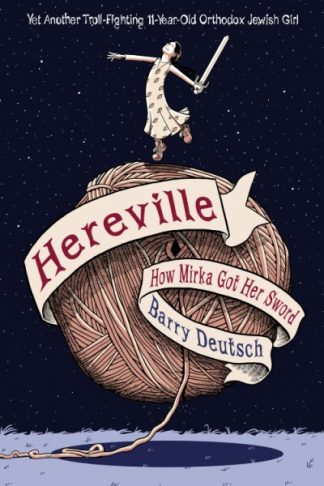 Hereville: How Mirka Got Her Sword by Barry Deutsch, (Abrams, 2010) The cover states“Yet another troll-fighting 11-year-old Orthodox Jewish girl” And if he likes it there are two more in the series.

Oh and he likes dogs but didn’t like Shiloh. (I can see that)

He likes a page-turning adventure. I would go with Spencer Quinn’s Bowser and Birdie series that begins with Woof. Set in Louisianna, this mystery novel from the point-of-view of the dog has great characters, fast paced plot, and a great sense of humor. And if he likes this one there are two more. 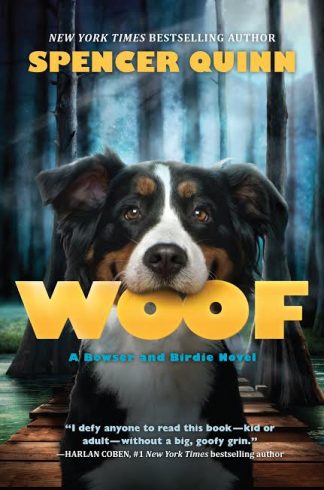 Some might think that the Bowser and Birdie mysteries might skew a little young but I think they are really great fun for all ages.

On my best books of 2017 list is Overturned by Lamar Giles. This is a heart stopping mystery that could be a YA to Adult crossover.  Nikki Tate, a poker prodigy living in Las Vegas finds her best laid plans interrupted when her father’s wrongful incarceration for homicide is overturned and he is coming home. 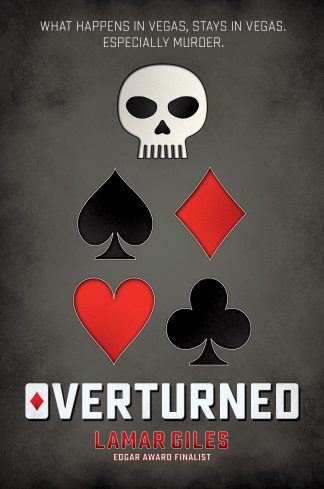 In Satellite by Nick Lake, three fifteen-year-old teens who were raised on a space station 250 miles above the earth prepare to for their return to a home they had never had known. What is like to never have felt the rain on your face? How would it feel to have friends that you hadn’t always known?  What is it like to know that decisions that you make as in the moment could affect your surviving to see sixteen. 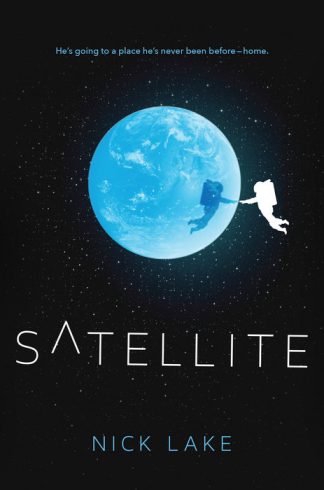