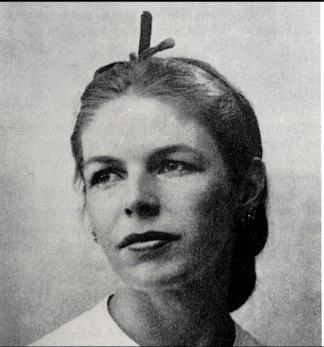 Virginia Lee Burton (1909–1968) was known for her attention to detail and for determining the design, typeface, and layout of each book she wrote and illustrated. 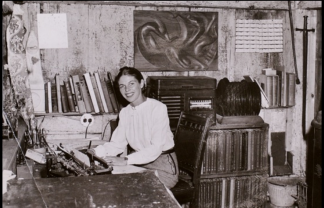 Burton began her writing career telling stories to her sons, Arts and Michael. 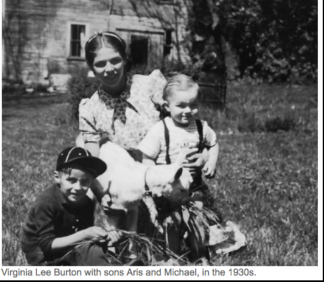 Virginia Lee Burton kneeling with a lamb on her lap on the ground holding her younger son Michael with her son Aris on the seated in front of her, dated 1930s.

She was a pioneer in turning vehicles into beloved children’s book characters. Her first title, Choo Choo, featured an anthropomorphic train engine. 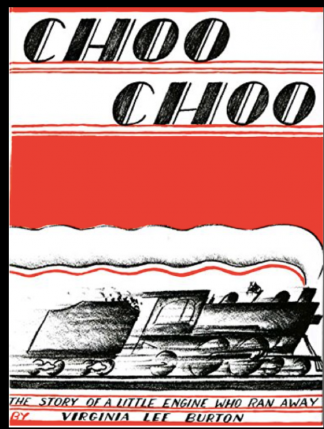 Cover image of the book, Choo Choo: The Story of the Engine Who Ran Away

She followed it with Mike Mulligan and His Steam Shovel 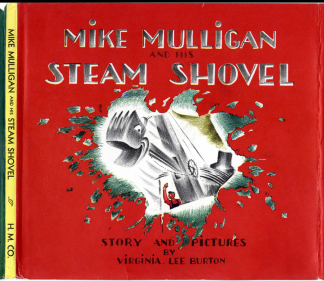 Cover image of Mike Milligan and his Steam Shovel 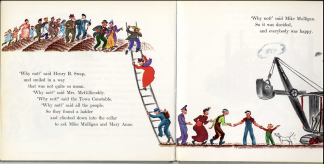 Interior Image of Mike Mulligan and His Steam Shovel. Towns people climbing down into the city hall basement.

Katy and the Big Snow,and Maybelle the Cable Car.

She also broke ground with her use of a comic strip format in Calico the Wonder Horse, or The Saga of Stewy Stinker. 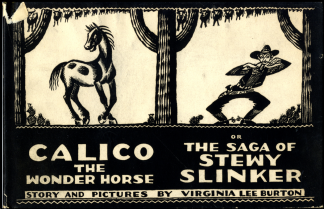 Cover image of a Calico the Wonder Horse or the Saga of Stewy Slinker, 1st edition.

In 1943, she was awarded the Caldecott Medal for The Little House, based on moving her family’s home from a busy street into “a field of daises with apple trees growing around,” 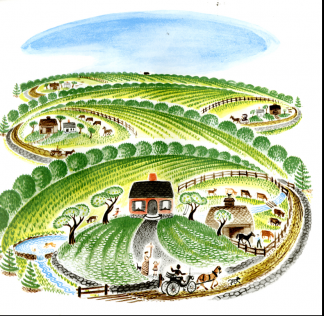 Interior image of the Little House, happily centered in the country side of green fields and trees.

Virginia Lee Burton was also renowned for her leadership of the Folly Cove Cooperative, creators of arts and craft prints depicting the everyday life of women and work. 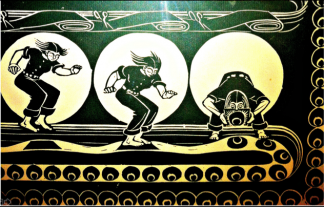 Detail from the Folly Cove graduation certificate. Black linoleum print image of a woman in trousers jumping on a linoleum block printing a round circle image on yellowish fabric.

and in 1947, she received a Caldecott Honor for The Song of Robin Hood by Anne Malcolmson and Grace Castagnetta. (All Houghton Mifflin Harcourt.)