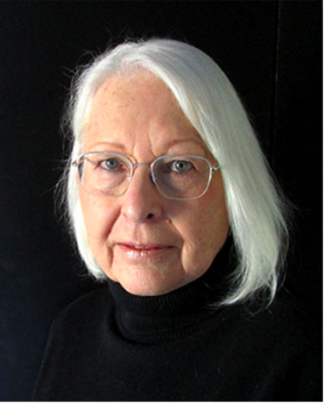 Diane Dillon was born in Los Angeles in 1933. She met her future husband, Leo, when they were both studying at the Parsons School of Design in New York in 1953. They married in 1957 and became an iconic artistic duo. The Dillons are the only illustrators to win the Caldecott Medal two years in a row, which they did in 1976 and 1977. They produced more than 100 speculative book and magazine covers together.

The first, in 1976, was for “Why Mosquitoes Buzz in People’s Ears,” a West African folk tale retold by Verna Aardema 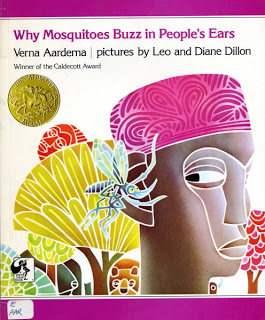 the second, in 1977, was for “Ashanti to Zulu: African Traditions,” by Margaret Musgrove. 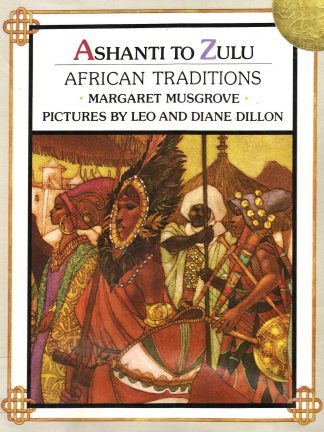 From The New York Times, “Leo Dillon, who with his wife and longtime collaborator, Diane, was one of the world’s pre-eminent illustrators for young people, producing artwork — praised for its vibrancy, ecumenicalism and sheer sumptuous beauty — that was a seamless amalgam of both their hands,” 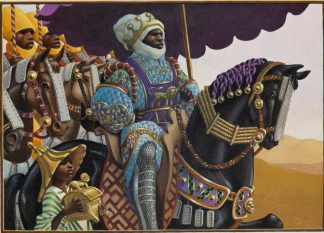 I Can Be Anything! Don’t Tell Me I Can’t 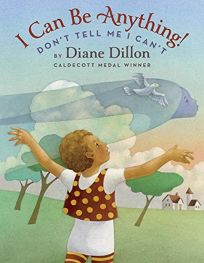 The spreads look like paintings, but they have a kind of crisp-edged look, too. How do you do them?

“It’s a combination of pastel and watercolor. It takes time and patience, but the effect is unique. I work everything out in pencil first, and that’s the most difficult part, working out the composition. The drawing is done on vellum and then glued to a surface—usually Strathmore Bristol Board—and then areas are cut out with an X-Acto knife. I shave pastel dust on that area and brush it with a bristle brush and then pull out the highlights with a kneaded eraser.

If the pastel goes onto an adjacent area it has to be carefully erased, or it can be brushed over the first color. When you put down a color it might not be exactly what you imagined. You have to keep adjusting it to what you’ve already done. If you were using a computer you could just erase it, but with this you can’t. You have to change your vision of what you were going to do.”

The complete interview is here.