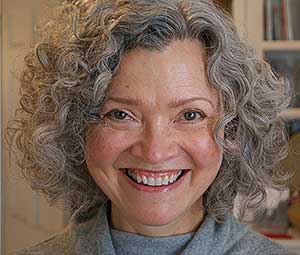 Award-winning children’s book author and illustrator Barbara McClintock draws like a dream; her “beautifully restrained use of color may evoke a long-ago time, but her compositions are so dynamic that there’s always something for contemporary children to discover.”[Michael Cart, Booklist] Full of humor and wit and strong characterizations, her books are timeless charmers.

I adore her retellings. 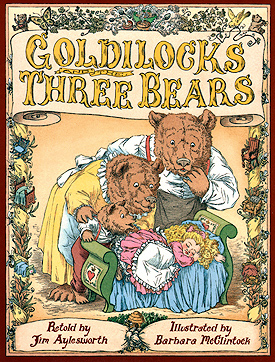 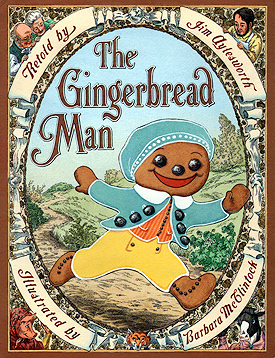 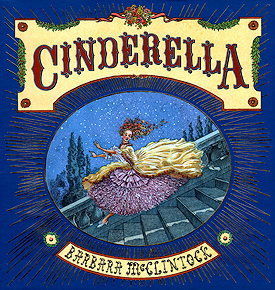 Her Adele and Simon titles are delightfully old fashioned harkening to a bygone era of 1920s Paris are a visual scavenger hunt. 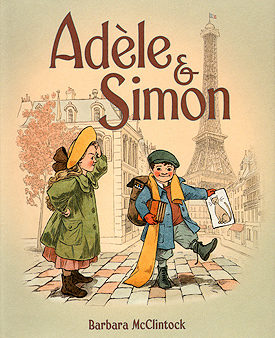 McClintock’s most recent book out June 2018 is NOTHING STOPPED SOPHIE: THE STORY OF UNSHAKABLE MATHEMATICIAN SOPHIE GERMAIN, LittleBrown, June 2018, Written by Cheryl Bardoe 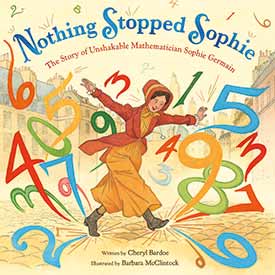 “Telling Sophie not to think about math was like telling a bird not to soar,” but that’s exactly what people did. Growing up a middle-class, white female in late-18th-century France, Sophie Germain was discouraged from studying, especially from studying math, a discipline reserved for educated men. Markers, gouache, and elements of collage energetically power illustrations that are often filled with numbers, expanding on the appealing text and emphasizing the concept of vibration that Sophie later illuminated.