Jose Aruego, best known for illustrating Robert Kraus’s Leo the Late Bloomer (Windmill, 1971), died August 9 in New York City on his 80th birthday. Born in the Philippines in 1932,
Aruego practiced briefly as a lawyer before moving to New York City to study graphic arts and advertising at Parsons School of Design.
Aruego published more than three dozen books, but many librarians, teachers, kids, and

parents say his most beloved work was Leo the Late Bloomer. 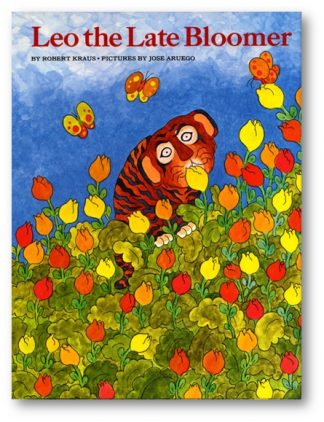 Aruego’s signature vibrant, colorful style was ideal for depicting Leo, a tiger cub who learns to speak, draw, and write at his own pace.

This tale of a youngster who marches to the beat of his own drummer has resonated with many young readers for years.

Ariane Dewey was born in Chicago. After receiving her BA at Sarah Lawrence College in 1959, Dewey worked as a researcher and art editor for children’s textbooks with Harcourt, Brace and World, Inc.

Dewey’s work as an illustrator of picture books has been admired for her use of bright, bold colors. Her simple texts for both picture books and chapter books often tweaked history or myth with a nudge of humor.

In 1969, Jose Aruego and Ariane Dewey published their first book. 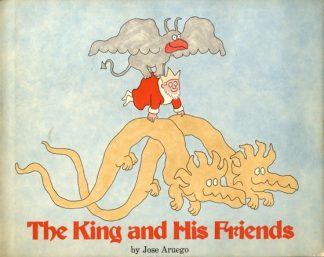 Although from the beginning of their picture book illustration career, José Areugo did the line drawings and the layout and his wife at the time, Ariane Dewey created the watercolor and color separations for the proofs and printing, Dewey received no credit, copyright, or royalty for the first ten books that they published together. This included Leo the Late Bloomer, their most renowned title.

While her solo works have been praised by critics, Dewey is best known for the long-term collaboration with author/illustrator ex-husband José Aruego. From the beginning of his picture book career, José would draw the lines and Ariane would paint the color. 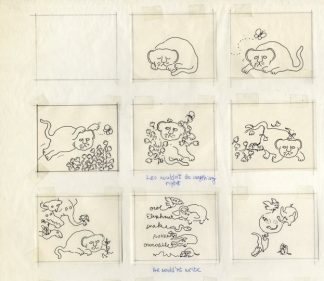 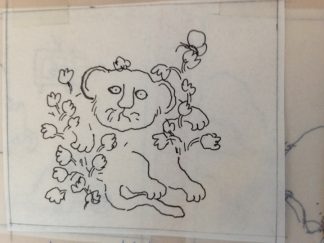 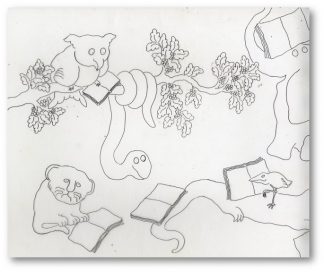 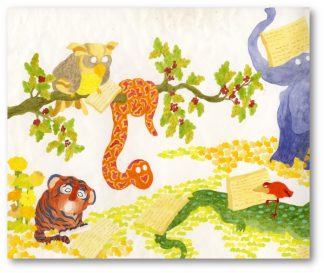 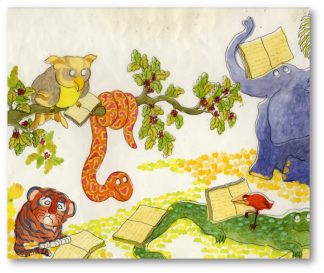 The combined work of José Aruego and Ariane Dewey. Leo the Late Bloomer

Ariane was also responsible for the color separations that were an essential part of the printing process of the time. 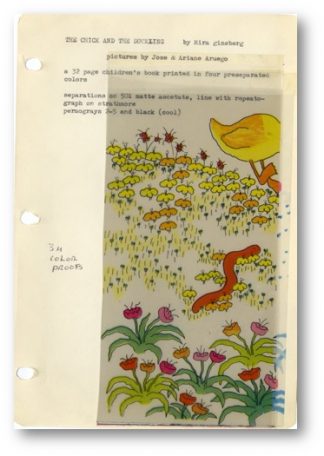 Ariane Dewey’s notes for the color for Chick and Duckling her first four color process. 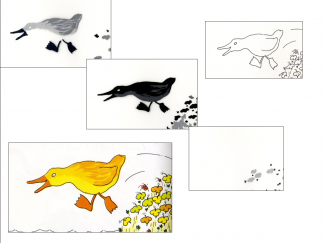 For more about color separations 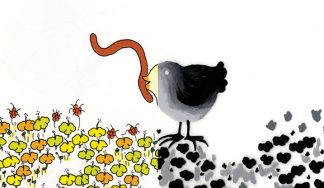 And a description of her work at What is Pre-separated Art? 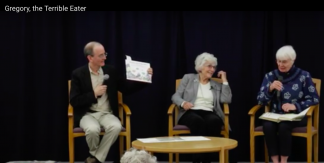 Why didn’t Ariane Dewey get credit, copyright, or royalty?

It was the times.

What Women Couldn’t Do in the ‘60s in most of the United States: 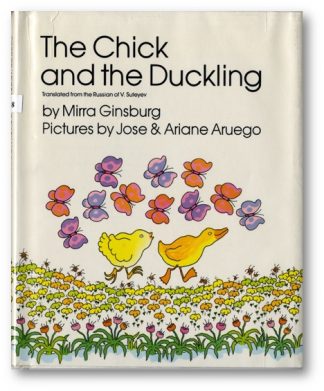 It wasn’t until the Art Director and Publisher at MacMillan Publishing discovered that Ariane was the one doing the color and the seperations and insisted that her name be on the books that Ariane began to get credit. She did not receive royalty or copyright.

It was only after the couple separated and divorced that Ariane Dewey insisted on a fair share of the royalty, copyright, and credit.

The couple’s work has produced the award-winning picture books Look What I Can Do! and We Hide, You Seek, among dozens of others. In their working relationship, Dewey brought color to Aruego’s minimalist cartoon line drawings, a division of labor that is determined, as Dewey once explained to SATA, by “what we each like doing best…Color is what I’m about,” she added.

Aruego and Dewey continued their work together until José’s death in 2012, producing over thirty books. 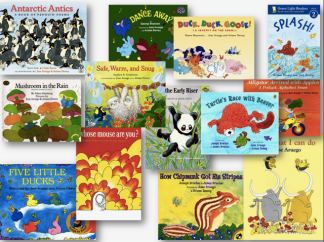