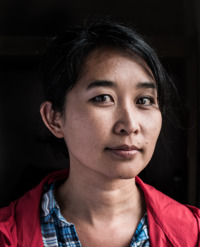 Thi Bui was born in Vietnam three months before the end of the Vietnam War, and came to the United States in 1978 as part of the “boat people” wave of refugees from Southeast Asia. Her debut graphic memoir, The Best We Could Do (Abrams ComicArts, 2017) has been selected as UCLA’s Common Book for 2017 and made several best of 2017 book lists, including Bill Gates’ top five picks. She is also the illustrator of A Different Pond, a Caldecott Honor winning picture book by the poet Bao Phi (Capstone, 2017). She is currently researching a work of graphic nonfiction about climate change in Vietnam, to be published by One World, Random House. Thi taught high school in New York City and was a founding teacher of Oakland International High School, the first public high school in California for recent immigrants and English learners. She has taught in the MFA in Comics program since 2015. She lives in Berkeley with her son, her husband and her mother.

An appreciation by Erika Long in Calling Caldecott from HornBook

An Interview in APAture 2015 with Thi Bui 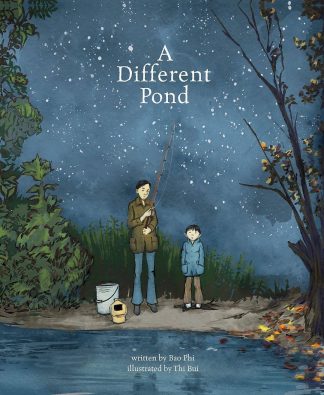 From All The Wonders

An appreciation of visual narrative

“What makes this book so unique is the blend between traditional picture book illustration and Thi’s subtle use of graphic novel elements. Readers see various panels on any given spread, so the book becomes a beautifully-designed lesson in visual narrative literacy. How do the panels connect with each other? Which do you “read” first? If we see six images of the same boy in one spread, does that mean there are six different characters? Readers learn that all of these images are connected, and the images of the six boys in different positions across the spread actually indicate the movement of one boy (Bao) across the page: first he collects sticks, then builds his fire, and then he finally starts it. The visual cues — all six boys are wearing the same clothes, for instance — open up tons of room for discussion of what Bao is doing in this scene and allow young readers to practice their visual narrative literacy by picking up on these contextual clues.” 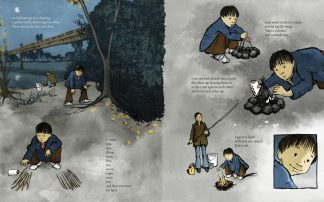 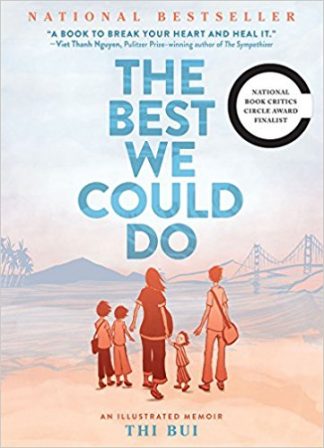 “My only complaint about Thi Bui’s debut graphic memoir, which tells the sweeping tale of her family’s lives in Vietnam and the United States, relates to its title. The Best We Could Do is a fine moniker, but the name of this breathtaking work’s sixth chapter would fit the entire book even better: “The Chessboard.” Bui’s story is constructed like one, with the various members of her immediate and extended family beginning in the same place but moving away from it erratically, in fits and starts, eternally out of sync, and occasionally blocking each other’s paths. Nevertheless, they all push toward the same goal. In this case, that goal is understanding, be it on an individual or collective level. How did we end up here, the story seems to ask, on the other side, so hopelessly jumbled?” 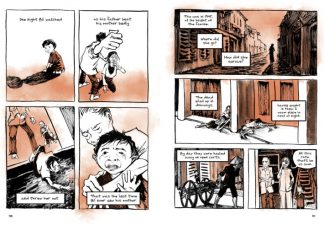