True Story of the 3 Little Pigs By A Wolf 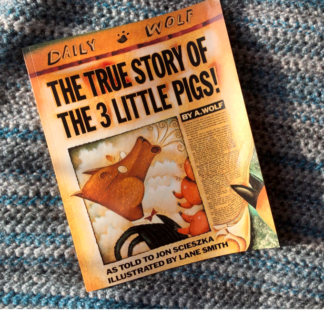 Cover of The True Story of The 3 Little Pigs! by A. Wolf

Revisiting The Childhood Classic ‘The True Story Of The 3 Little Pigs!’ 30 Years Later

for pointing me to this story.

Thirty years ago, I was a bookseller. I was the manager/buyer for the Please Touch Museum for Children in Philadelphia. I married my Viking/Penguin Rep. For those who don’t know the working life of traveling sales rep. most weeks, Mr. Von Drasek left on Monday and returned on Friday traveling for sales calls to bookstores. And he got lots and lots of mail. Publicity materials, sell sheets, review copies, finished books, books and galleys his fellow reps from other houses sent him. 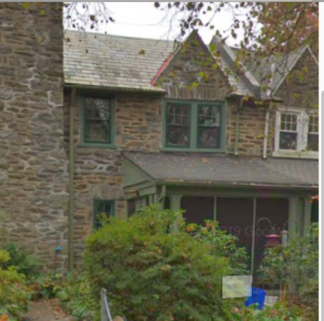 The mail would be on the screened-in porch on the from of our fieldstone row house.

I liked to read the galleys and F&Gs. I would open the mail and cherry-pick for my next read.

One  afternoon, I was sitting on the porch working my way through a box of F&Gs. I read True Story of the Three Pigs by A. Wolf. I was stunned. I read it again. I ran two doors down where three elementary aged kids lived. I dragged them back to my house. (I didn’t abscond with them, we lived in a dead-end street and they already knew me as the book-lady. I gave out books with treats at Halloween) I read it aloud. Again and again. When the husband came home, I read it aloud to him. And for thirty years, I have been reading this book aloud. For thirty years, I have been teaching about unreliable narrators, point-of-view, and fairytale retellings, writing responses and newspaper making, picture book making and illustration with this one title. I guess this is what they mean by “standing the test of time.”

An Early Review in SLJ

“Smith’s dark tones and sometimes shadowy, indistinct shapes recall the distinctive illustrations he did for Merriam’s Halloween ABC (Macmillan, 1987); the bespectacled wolf moves with a rather sinister bonelessness, and his juicy sneezes tear like thunderbolts through a dim, grainy world. It’s the type of book that older kids (and adults) will find very funny.–John Peters, New York Public Library

An Interview with Regina Hayes

In an interview in Horn Book with Leonard Marcus, Regina Hayes, Scieszka and Smith’s editor, stated that “Its success actually caught us somewhat by surprise — not me; I thought it was fantastic — but the sales department hadn’t gone crazy for it.” I know for a fact that one sales rep was crazy for it.

In the Archives of the Kerlan

Jon Scieszka’s papers are held in the Children’s Literature Research Collections of the University of Minnesota. Lane Smith has donate the dummy of the book so that researchers can see the creative process. 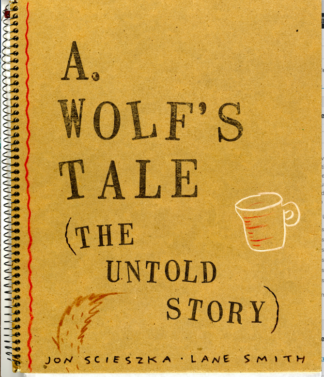 Cover of the dummy of the True Story of the 3 Pigs with the working title A. Wolf’s Tale (The Untold Story) 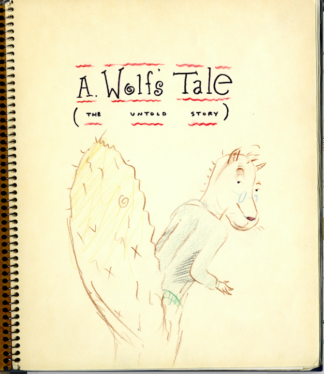 Title page of the dummy of the True Story of the 3 Pigs with working title A. Wolf’s Tale.

for creating this timeless classic.

If you are going to be at ALA Annual, Jon Scieszka will be speaking about reading and writing with Nikki Grimes, and Dave Eggers.