The 2020 Arbuthnot Lecture with Neil Gaiman

The Sacramento Public Library chosen as site for 2020 Arbuthnot Lecture 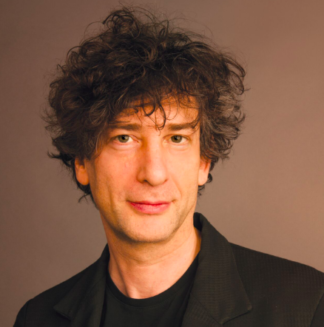 Neil Gaiman will deliver the 2020 May Hill Arbuthnot Honor Lecture in Sacramento, California in Spring 2020.

Neil Gaiman, born in England, is a United States resident. Gaiman’s work has been honored with many awards internationally, including the Newbery Medal. He is credited with being one of the creators of modern comics, as well as an author whose work crosses genres and reaches audiences of all ages. Gaiman is a prolific creator of works of prose, poetry, film, journalism, comics, song lyrics, and drama and a vocal defender of the freedom to read and intellectual freedom.

The May Hill Arbuthnot Lecture

The Arbuthnot lecturer, announced annually at the ALA Midwinter Meeting & Exhibits, may be an author, illustrator, editor, critic, librarian, historian or teacher of children’s literature, of any country, who shall prepare a paper considered to be a significant contribution to the field of children’s literature. This paper is delivered as a lecture each April or May, and is subsequently published in Children and Libraries, the journal of ALSC. 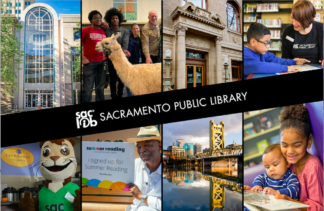 “The Sacramento Public Libraries winning bid to host the Arbuthnot lecture impressed the 2020 Arbuthnot committee by featuring community partnerships with school, academic and public libraries, dynamic programming that would spread across our 1,000 square miles and 28 branch locations. “ said Lisa Von Drasek, the chair.

She added “Their site application made it clear that the entire community will be engaged in celebrating the work of Neil Gaiman and creating their own including partnering with schools, camps, children’s museums to create art camps or classes, children’s inspirational programs, manipulative learning stations, writing workshops cemetery tours, as well as providing funds to ensure complete Gaiman collections at each branch. Sacramento Public Library has also pledged to purchase to give-away books for their mobile services fleet to at-risk and underserved neighborhoods. Cornflower Creamery, a locally owned ice cream shop, will name an ice cream flavor in honor of Gaiman’s presence in Sacramento.”

The application also observed that Gaiman “As a self-described “feral child who was raised in libraries” Neil Gaiman is the perfect person to shine the spotlight on the accessibility and welcoming spaces that Sacramento Public Library delights in providing.” 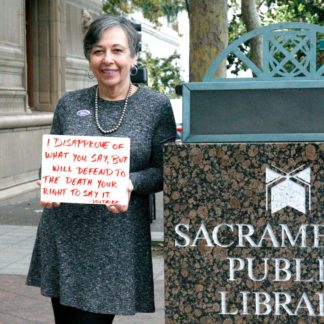 When informed of the selection of The Sacramento Public Library, CEO and Director Rivkah Sass exclaimed,

“We are beside ourselves with delight for the honor of hosting Neil Gaiman and the 2020 Arbuthnot lecture. Sacramento Public Library is thrilled and over-the-moon to share Neil Gaiman and his genius with fans of all ages. The excitement will be felt from the shores of Lake Tahoe to the Golden Gate Bridge!”

An announcement of the date and time of the lecture will be posted in the Fall of 2019. 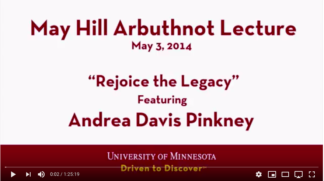