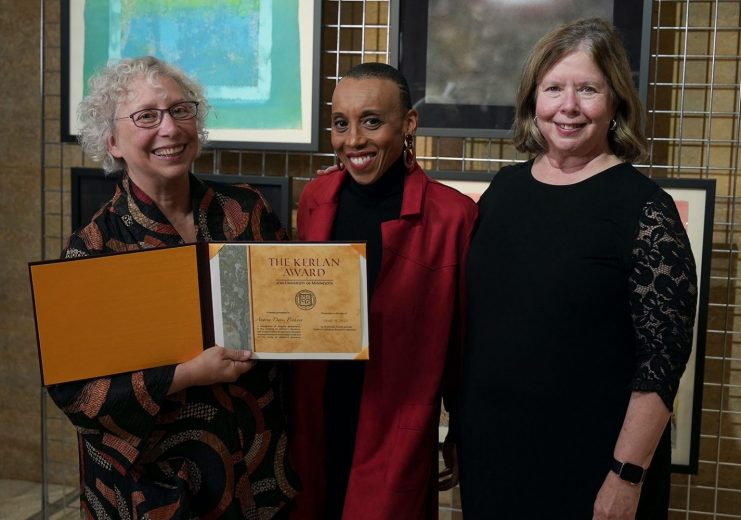 Was it the more than 50 books that Andrea Davis Pinkney has written for children and young people? The recognition that she writes movingly — for all ages and every person — about the trials African Americans faced at Jim Crow luncheon counters in the past, and still today? Her lively tales about famous people, like Martin Luther King Jr., the late Rep. John Lewis, and the singer Ella Fitzgerald, as well as ordinary kids — whether squirming in the Bright Brown Baby series, taking some time to go fishing, or, in East Africa, receiving their very first “Red Pencil”?

Or might it be the sheer beauty of her prose, which is backed with deep research, yet sings from her heart?

For all of these reasons and more — her drafts, research notes, and finished books are donated to the U of M Libraries Kerlan Collection of Children’s Literature — Pinkney was honored with the 2022 Kerlan Award.

Speaking to the group gathered in person (kept small because of pandemic concerns) and the large number tuning in via livestream, Pinkney called on images of young people transformed by books during her presentation on Oct. 11, 2022.

“It changed my life,” she said of “The Collected Poems of Langston Hughes.” Until a teacher shared that poetry collection with her, Pinkney described herself as a lackluster elementary school student. Although she might not have thought herself an author then, she went on to win an award for writing while in sixth grade — even though she didn’t enter the contest.

She believes a different teacher may have pulled, without her knowledge, from her notebook and submitted her ultimately award-winning story of a person made of fire, running.

Creator of picture books for littles, historical fiction, nonfiction (such as “Rhythm Ride: A Road Trip through The Motown Sound”), and the libretto for “The Snowy Day Opera,” Pinkney is Vice President and Executive Editor for Scholastic Trade Books. She is an editor and publisher yet continues to write every day.

And still they rise

During her Kerlan Award acceptance, Pinkney pointed out the outstanding price of the ticket of joy rides provided by books. “Reading is free, freedom. …  You kid, will walk into the Andersen Library, see a new world, and rise at the Kerlan.”

She repeated the theme of children and children’s literature creators rising at the Kerlan, which resonates with the refrain of Maya Angelou’s poem, “Still I Rise”:

…
Out of the huts of history’s shame
I rise
Up from a past that’s rooted in pain
I rise
….

Of another child — one of the millions of girls on the globe whom Pinkney said can neither read nor write — the door of knowledge can be opened with a pencil. Said Pinkney: “She’s a seeker … [but] she can’t see what we don’t show her. She gets to see and believe that a whole World of Possible can start with her pencil playing on paper.”

Later, in conversation with Kerlan Curator Lisa Von Drasek, Pinkney talked about her author’s voice that Von Drasek described as lyrical: “In terms of voice, it really comes from the oral tradition. … I’m African American and that’s part of the African American experience. I grew up at a dinner table that was filled with the musical majesty, really, of the oral tradition.”

She added: “When you came to dinner, you better be ready to tell a story — and put some fire behind it!” Her father could make anything — even a trip to the bank — exciting through his storytelling, she added, and her mother was also a great creator of tales in the Southern tradition.

Pinkney joins the company of previous Kerlan Award honorees, including such literary luminaries as Minnesota’s Wanda Gag and Kate DiCamillo, Lois Lowry, Barbara Cooney, and Tomie DePaola — all of whose works and, in many cases drafts and production materials, are contained in the University of Minnesota’s Kerlan Collection. This event was hosted by the Kerlan Friends Board of Directors and co-sponsored by Rain Taxi.

Toward the end, Pinkney acknowledged the competition among publishers for what could be best-selling books. But, she added, “in the grand scheme, we’re all in it together: the quilt, the tapestry, the mosaic. That’s really how I feel.”

And she celebrated these books that link thousands of children, young adults, parents, teachers, and other readers, one to another.

About the Kerlan Award

About the Kerlan Award 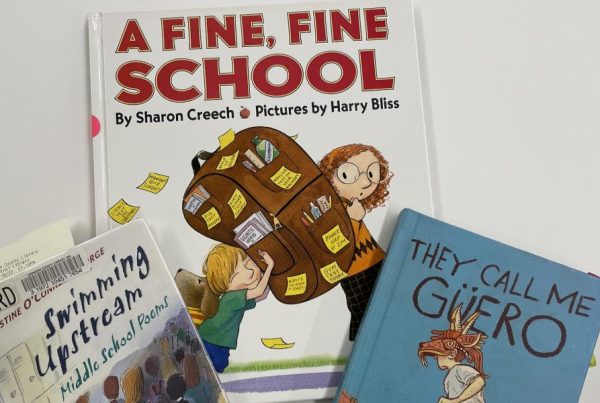 Talking back-to-school reading habits with the U of M