Remembering Kate and Kathy with Books

Librarians who attended the ALA Midwinter Conference may recall the big feelings that came up as the children’s librarians returned to Denver where two of our colleagues died in a drunk driving accident in a taxi on their way to the airport leaving the conference.

As ALA returned to Denver for the first time in nine years, many children’s librarians were remembering Kate and Kathy with a deep sense of loss. I had been in touch with the Colorado family court who suggested donating books to the Rocky Mountain Children’s Law Center (https://childlawcenter.org/about/) as a way of honoring the memories of Kate and Kathy.

Paula Singer, a long term publishing marketing consultant who lives in Denver was the leader of the the book drive effort. She walked the convention floor meeting with publishing representatives, marketing executives, and public relations staff and collecting donations. The generosity of the publishing community was almost overwhelming. Donations of galleys and books totaling over 900 volumes. 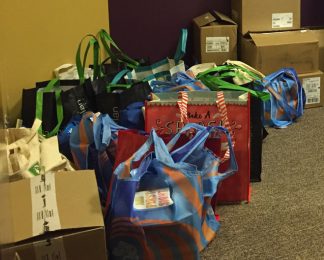 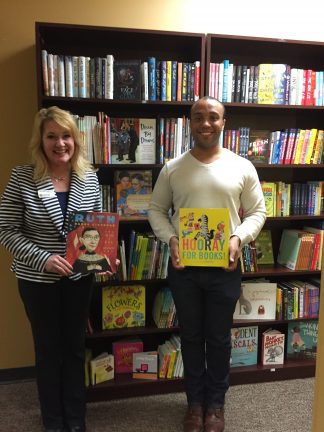 All of these shelves were empty before ALA.

“Every day for over thirty years, the Children’s Law Center has dedicated itself to advocating for Colorado’s abused, neglected and at-risk children. We are passionate legal and social work professionals with expertise in child welfare law. We have a strong reputation in the legal and child welfare communities and work tirelessly to establish caring, personal relationships with the kids we represent and fight for their best interests.

Every kid deserves an advocate — someone to walk with them through times of crisis and beyond. When it comes to kids, we never quit. 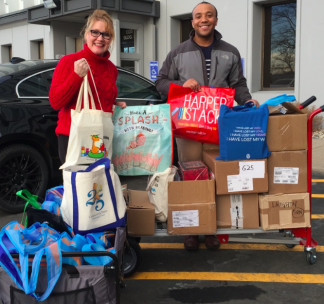 The publishers cherry-picked the books, and included 2018 award winners (for 2017 titles), as well as many advance galleys (for 2018 novels not yet published) and F&Gs (folded-and-gathered sheets for 2018 picture books not yet published).  And in quite a few cases multiple copies of books that garnered starred reviews and landed on year-end best-of lists.

For example… Holiday House, an independent publisher, donated over 50 copies and made sure to include Noodleheads See the Future by Tedd Arnold, Martha Hamilton and Mitch Weiss, illustrated by Tedd Arnold, a 2018 Theodore S. Geisel Honor, among other carefully selected titles.  Little, Brown Books for Young Readers, a division of the Hachette Book Group, donated over 50 titles, including I’m Just No Good at Rhyming and Other Nonsense for Mischievious Kids and Immature Grown-ups by Chris Harris, illustrated by Lane Smith, a NYT Bestseller featured on NPR’s Weekend Edition, and also a Publishers Weekly, Booklist, SLJ and Kirkus Best Children’s Book of 2017.  As well as Becoming Kareem: Growing Up On and Off the Court by Kareem Abdul-Jabbar & Raymond Obstfeld, a NYT Bestseller, 2017 NAACP Image Award, SLJ Best Children’s Book; and Laini Taylor’s Strange the Dreamer (a fantasy, for ages 14 & up), a 2018 Michael L. Printz Honor Book, an NPR Best Book and more. 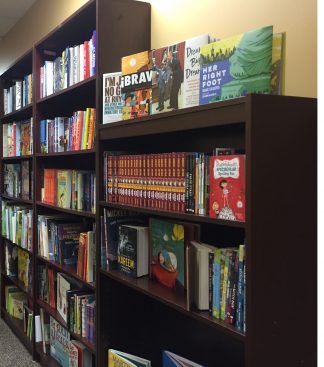