It’s at the Kerlan: ‘Millions of Cats,’ written and Illustrated by Wanda Gág 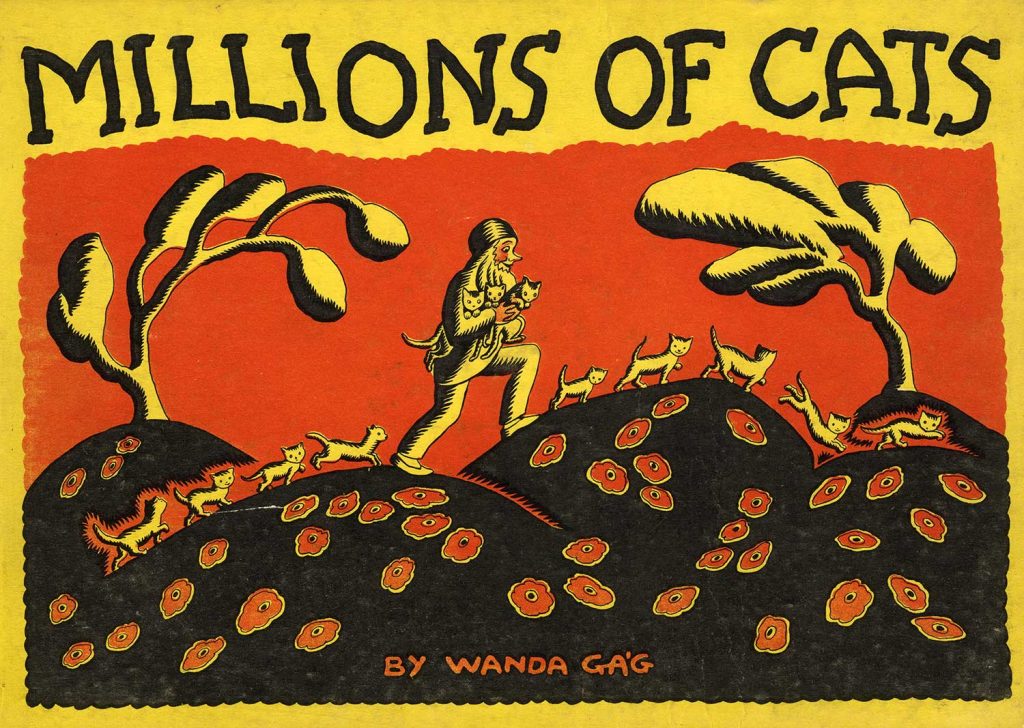 Millions of Cats by Wanda Gag

Gág used ink to draw outlines of cats and characters, as well as for shading and creating tonal qualities.

“I aim to make the illustrations for children’s books as much a work of art as anything I would send to an art exhibition.  I strive to make them completely accurate in relation to the text.  I try to make them warmly human, imaginative, or humourous — not coldly decorative — and to make them so clear that a 3-year-old can recognize the main object in them.”

Excerpt from The ABC of It: Why Children’s Books Matter 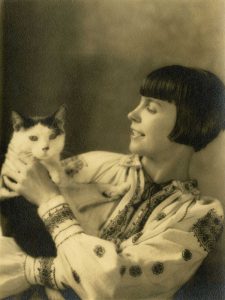 In 1917, Gág moved to New York, supporting herself as a commercial artist. She drew for the leftist publication New Masses, mastered lithography, and began exhibiting her prints in galleries. Her distinctive homespun, expressionistic style caught the eye of an editor keen to challenge the primacy of the British picture-book classics Americans prized.

Critics hailed Gág’s “Millions of Cats,” with its blend of folkloric and modernist influences, as a landmark achievement: exhilarating proof that in cultural attainments, as in industrial and military might, the American Century had indeed begun.

—Leonard S. Marcus “The ABC of It: Why Children’s Books Matter”
Learn more about Wanda Gág and her art 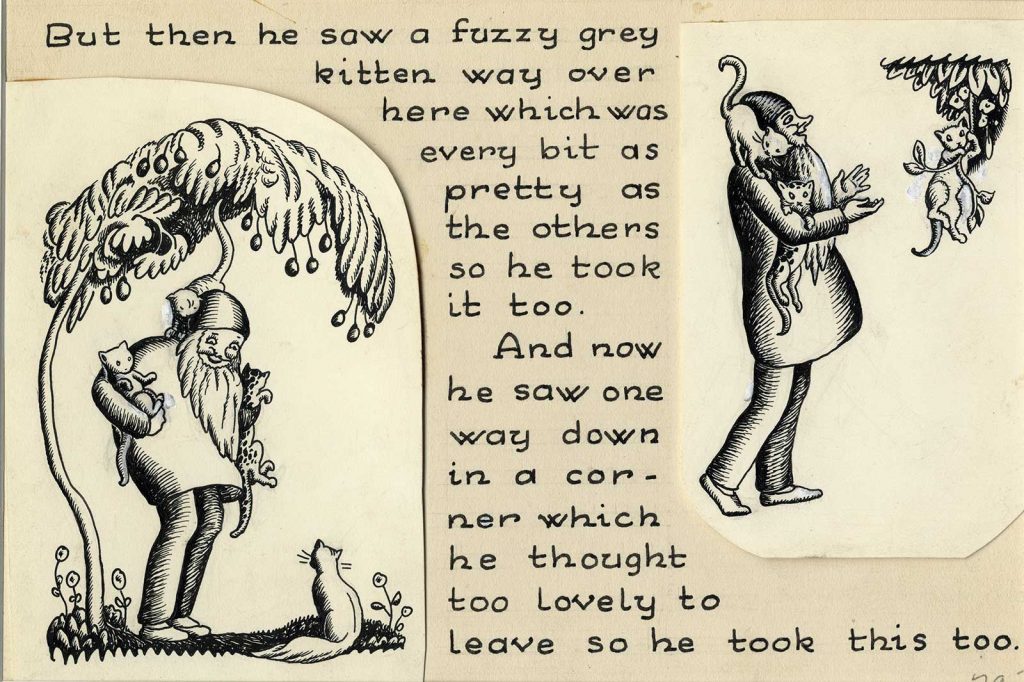 “Millions of Cats” by Wanda Gág process art: An old man under a tree looking at a cat and an old man holding several cats in his arms. (Hand Lettered, india ink illustration)