Millions of Cats: A Visit to the Kerlan 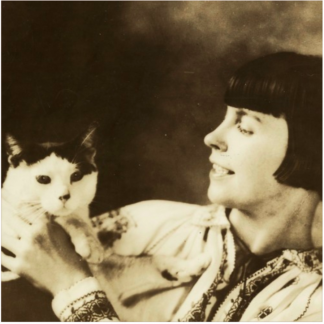 Wanda Gag and her cat.

School Library Journal in One Hundred Books That Shaped the Century said, ” Considered by many to have ushered in the age of the modern picture book, this Newbery Honor winner is characterized by innovative design and a strong storyteller’s cadence.”

According to 100 Best Books for Children, this title has the distinction of being the American picture book that has continuously been in print the longest.

KFAI reporter Emily Bright visited the Children’s Literature Research Collections Archives and Special Collections at the University of Minnesota recording what it was like to explore Gág’s original art and manuscripts. 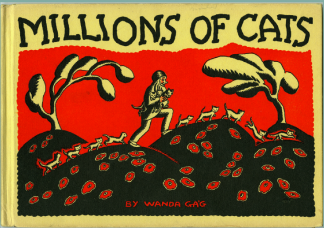 in The ABC of It: Why Children’s Books Matter

“‘A child will almost feel that he has made this book,’wrote Anne Carroll Moore in the New York Herald Tribune a ringing endorsement that was seconded by many.

The Nation chose Millions of Cats as the only children’s book on its list of 1928’s most distin­guished books, and Publishers’ Weekly declared that Gág’s “coming to children’s books is a high compli­ment to this field of literature.”

The following year, the American Library Association awarded Gág a Newbery Honor—its second-place literature prize, as it did not yet have an award for illustration to give her.” 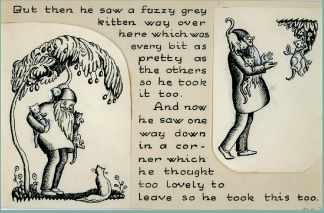 ABC of It: Why Children’s Books Matter 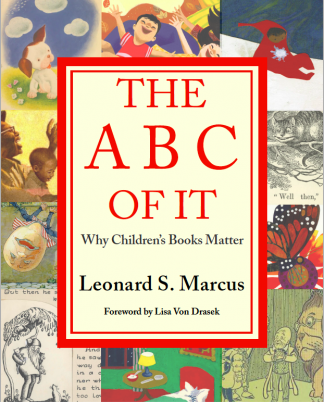 Cover of The ABC of It

can be preordered here