What does this mean?

What is Banned Book Week?

Banned Books Week is an annual event celebrating the freedom to read. Banned Books Week was launched in 1982 in response to a sudden surge in the number of challenges to books in schools, bookstores and libraries. Typically held during the last week of September, it highlights the value of free and open access to information. Banned Books Week brings together the entire book community — librarians, booksellers, publishers, journalists, teachers, and readers of all types — in shared support of the freedom to seek and to express ideas, even those some consider unorthodox or unpopular.

What are we talking about?

One of the core values of librarianship is the Freedom to Read.

The freedom to read is essential to our democracy. It is continuously under attack. Private groups and public authorities in various parts of the country are working to remove or limit access to reading materials, to censor content in schools, to label “controversial” views, to distribute lists of “objectionable” books or authors, and to purge libraries. These actions apparently rise from a view that our national tradition of free expression is no longer valid; that censorship and suppression are needed to counter threats to safety or national security, as well as to avoid the subversion of politics and the corruption of morals. We, as individuals devoted to reading and as librarians and publishers responsible for disseminating ideas, wish to assert the public interest in the preservation of the freedom to read.

What Is A Challenge?

When an individual or a group makes demands for removal of a book or display or reading list or a cancellation of a program because they disagree with the content that is a challenge.

Sometimes would-be censors resort to subterfuge to removing books from public library shelf, borrowing and not returning, or moving them to wrong locations preventing discoverablity.

The American Library Association keeps track of statistics and each year presents the top titles that have been challenged.

“It’s easy to think of the banning of books as a historical event, or an event that happens somewhere else. But it’s happening here in America, today. During Banned Book Week(September 22-28, 2019), let us remember that right now, booksellers, librarians, and educators are being asked to remove books from their shelves, take down displays and cancel author events.” 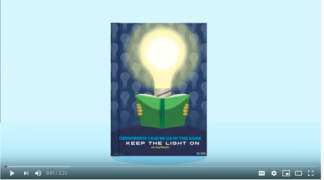 Keep the Light On

This video give a short overview of What Banned Books Week is all about and why it is important to be reminded of what is at stake when content is removed from public access.

Keep the Light on

Captain Underpants is one of the the most challenged titles in the United States. Author/Illustrator, Dav Pilkey talks about that here.

A recent article in The American Libraries Magazine,

Censorship Beyond Books :Librarians share experiences of challenges to displays, exhibits, and more

Kristin Pekoll, assistant director of the American Library Association’s (ALA) Office for Intellectual Freedom (OIF), noticed an odd trend: public libraries were nearly tied with school libraries in the frequency of challenges.

“That didn’t necessarily make sense to me because most public libraries are well prepared to deal with challenges,” she says, pointing to the popularity of Banned Books Week (this year September 22–28) and the array of resources OIF provides for librarians dealing with book challenges. “When I went back and looked just at public libraries, I was seeing a huge rise in challenges to nonbook materials,” such as displays, social media posts, reading lists, and programs. (About half of the challenged programs were drag queen story hours). In 2018, these nonbook challenges represented 38% of challenges reported to Office of Intellectual Freedom.

Read about a challenged Black Lives Matter display an how the library staff responded to requests for removal. here

The ABC of It: Why Children’s Books Matter. was an exhibit produced to celebrate the 70th Anniversary of the Kerlan Collection. The University of Minnesota Libraries received challenges to remove and revise content, books, and signage. There were seven public events available for discussion, as well as suggested reading materials to create context to address concerns to content.

A sticky board within the exhibit with discussion prompts created an opportunity for reflective comments. 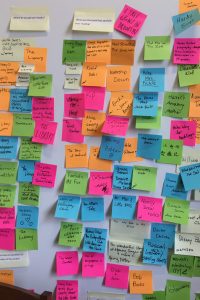 We added additional signage to address critical topics in children’s literature including gender, sexism, racism, ableism, and censorship. We welcomed the thoughts and concerns of our critical friends.

Banned Books Week draws national attention to the harms of censorship by focusing on efforts across the country to remove or restrict access to books. The ALA Office for Intellectual Freedom (OIF) compiles lists of challenged books as reported in the media and submitted by librarians and teachers across the country. The Top 11 Challenged Books of 2018 are: