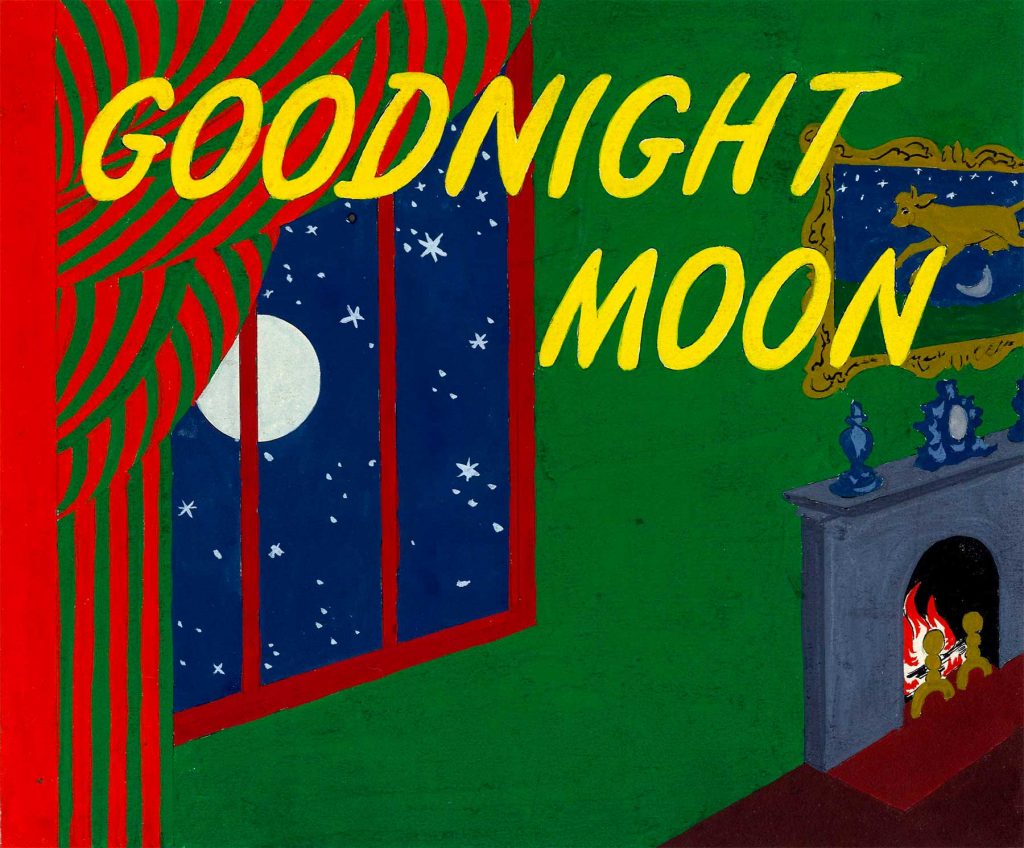 The Kerlan holds Clement Hurd’s papers focusing on his work as an illustrator and author of children’s books. The collection contains production material for 89 published and unpublished titles generously donated by himself and his son Thatcher. 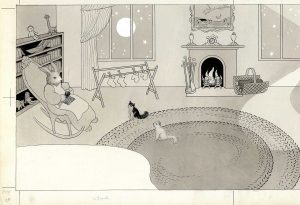 About the author, Margaret Wise Brown

“A student of Mitchell’s in the mid-1930s, Margaret Wise Brown arrived at Bank Street a gifted but mercurial and undisciplined writer. She left a published author of the utmost originality, and with a thorough grounding in the child-development theories that Mitchell had helped pioneer. In the lulling mantra that is Goodnight Moon, Brown fashioned the quintessential “here and now” bedtime ritual, evoking a small child’s safe and secure world. Life’s everyday necessities—food, clothing, and shelter—are all present and accounted for. In the best progressive manner, children are themselves encouraged to bid goodnight to each of them in turn, thereby making the Great Green Room their own.”

—Leonard S.Marcus from The ABC of It : Why Children’s Books Matter

About the artist, Clement Hurd 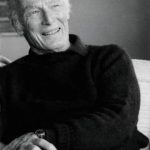 Clement Hurd (1908-1988) was an artist and an accomplished children’s book illustrator. His wife, Posey (Edith-Thacher) (1910 -1997) was an author of children’s books. By far the most popular of the books Clem illustrated is Goodnight Moon (first ©1947) which was written by Margaret Wise Brown. Between 1947 and 1990 4 million copies of Goodnight Moon had been sold. Another one of their collaborations was Run Away Bunny. Both of these books are classics and are still in print.

If I were to choose one image from The Kerlan, it would be this one. We can see the artist’s process and experimentation. A map on the wall instead of a bookcase and picture that references the runaway bunny. The old lady whispering, “hush” is an actual lady not a bunny. 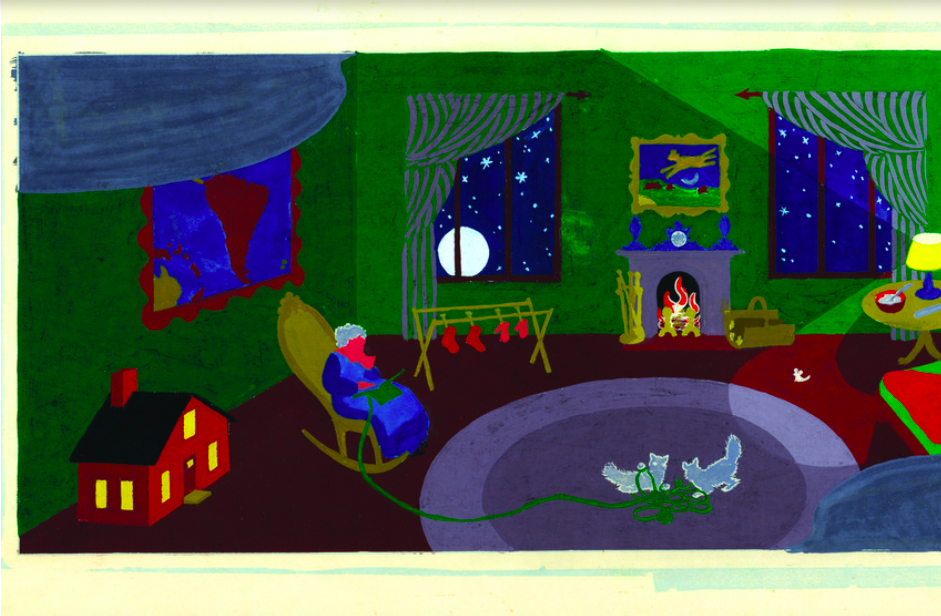