He will be missed: Russell Freedman 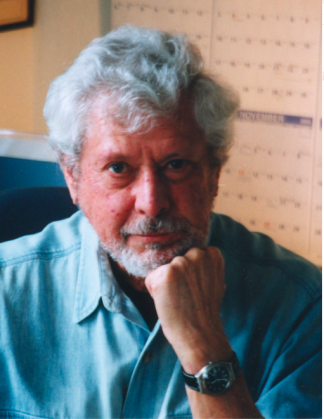 When a box a review copies arrives and it contains a book by Russell Freedman, odds are that the Freedman book will be the first to be read.

The bottom line. They are great reads. He was the master of narrative non-fiction. His curiosity drove his research and his research informed his writing so that his readers could comprehend complicated subjects. His readers were compelled to read on as his prose was as page-turning as the archival rich lay-outs modelled primary source research.

“Freedman bristled at the word nonfiction, calling it an unfortunate, negative term—the opposite of fiction, which “implies art, imagination, creativity.” He felt that “hard-working, nose-to-the-grindstone nonfiction should be just as absorbing as any imaginary story, because, it is, in fact, a story, too.”

How to honor someone who has given so much to students and teachers and librarians?

Read his books. Book talk them. Create displays of these disparate people. Martha Graham, Abraham Lincoln, Louis Braile, and Eleanor Roosevelt. Challenge kids to read outside their comfort zones and discover what it is like to go down the rabbit hole of the archives.

Ask the kids for just one surprising fact about an informational topic that Russell Freedman found for them.