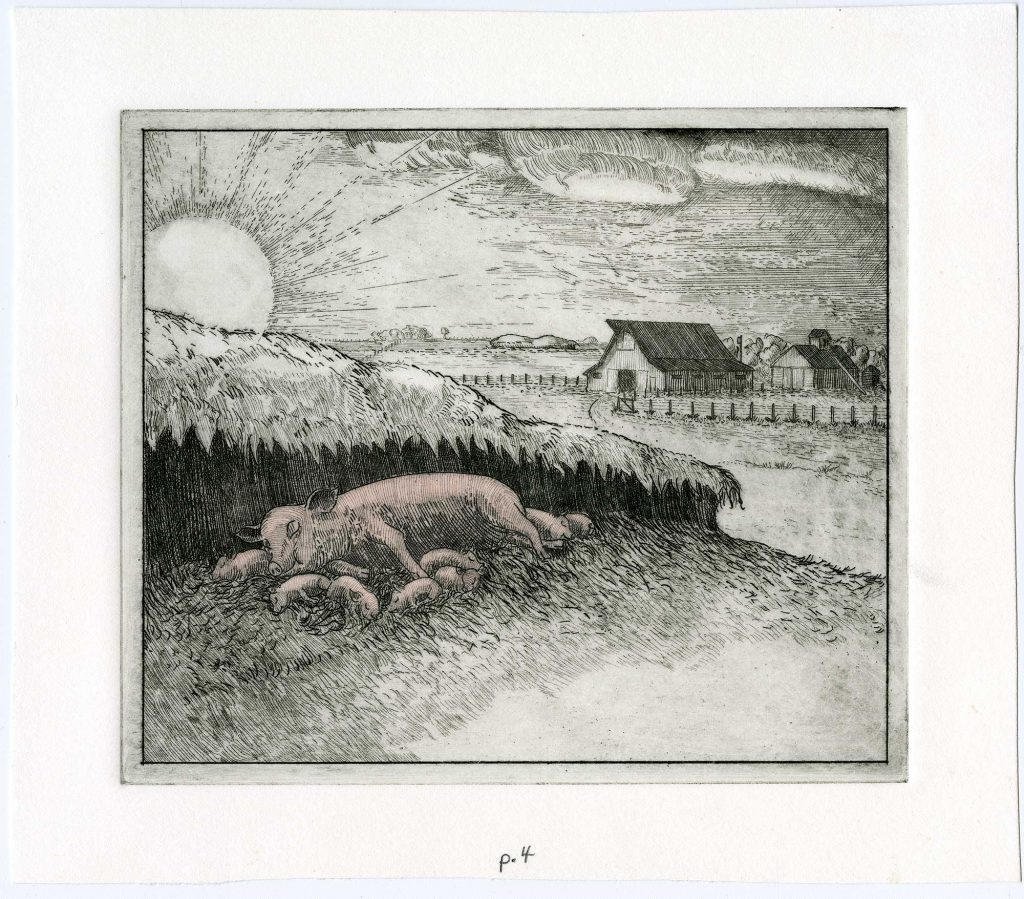 “Oink” by Arthur Geisert was illustrated with etchings — a rarely used technique in children’s books. The colors were done with manual color separation. Geisert tried to combine a classic etching style inspired by Piranesi, Rembrandt, and Callot with humor and narrative. 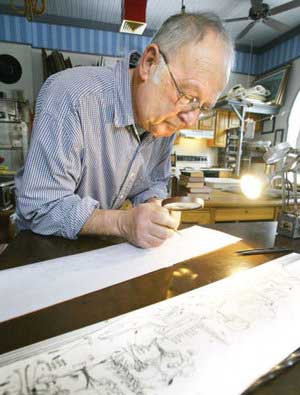 Award-winning children’s book author Arthur Geisert’s pigs are legendary in the world of children’s books. They carve ice sculptures, teach Roman numerals, create ingenious machines and get up to all kinds of antics. Did Arthur grow up on a farm? No. He grew up in Los Angeles and claims not to have seen a pig until he was an adult. Trained as a sculptor in college, Geisert learned to etch at the Otis Art Institute in LA. Geisert began making books in the 1980s alongside the highly esteemed Walter Lorraine at Houghton Mifflin, and has never stopped making picture books.

Geisert’s work has been collected by The Metropolitan Museum of Art, featured in The New Yorker, The Horn Book magazine, and in exhibits at The Art Institute of Chicago, Figge Art Museum, Cedar Rapids Museum of Art, Dubuque Museum of Art, and regularly in the Society of Illustrators’ annual Original Art shows. Three of his books have been honored as New York Times Best Illustrated Children’s Books, including Ice, published by Enchanted Lion in 2011.
Geisert currently lives in Elkader, Iowa. 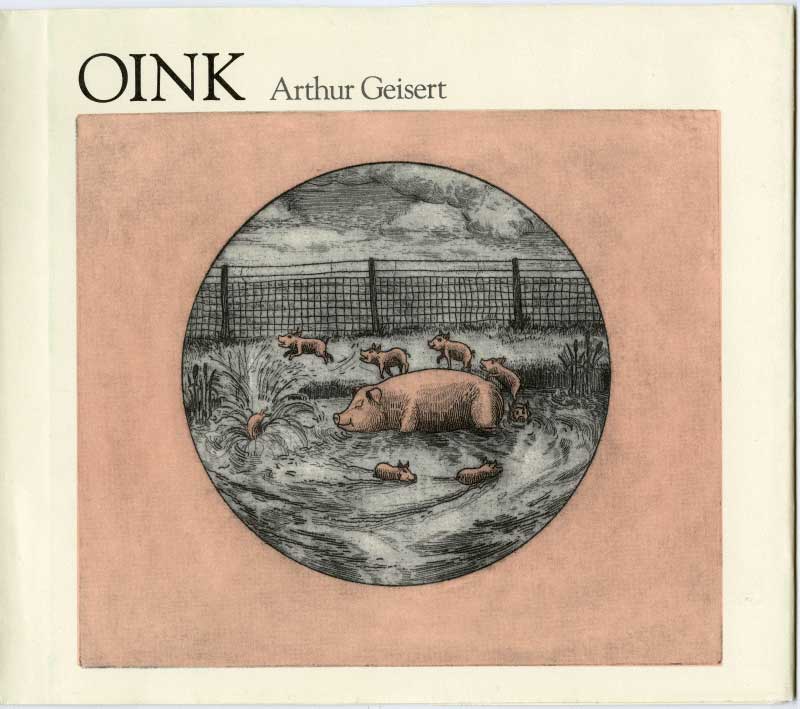