It’s at the Kerlan: Sendak and ‘A Hole is to Dig’ 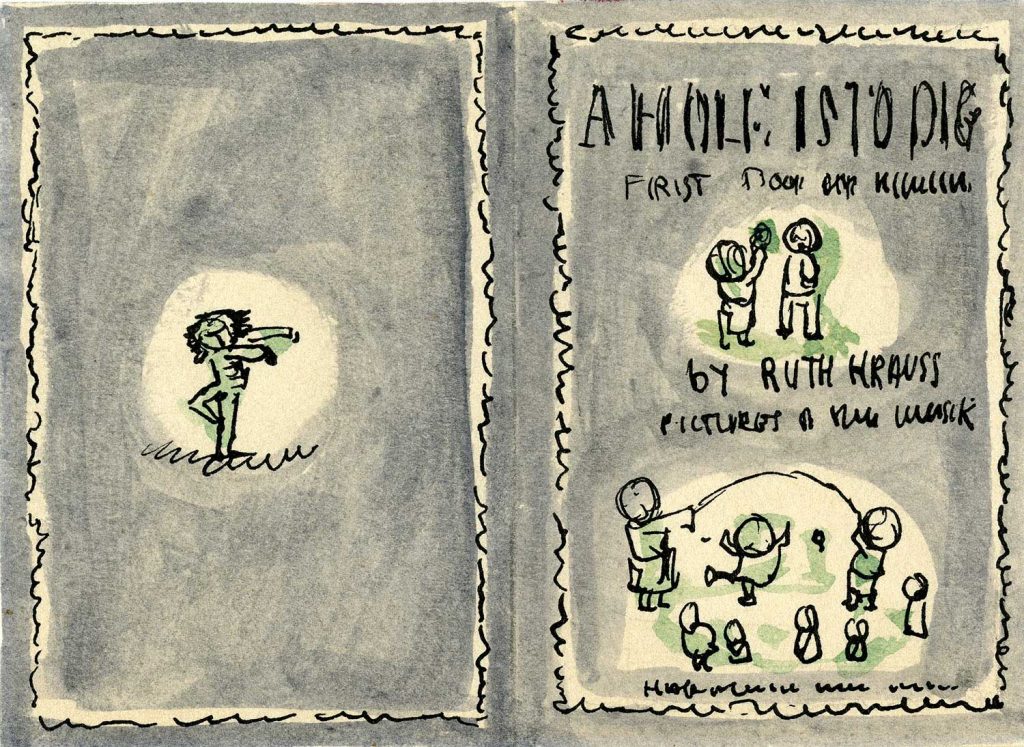 When we think of Maurice Sendak, our immediate thoughts go to his ground-breaking Caldecott winning title, Where the Wild Things Are. Sendak smashed the perception of childhood as a time of pleasantness, a time of unicorns and rainbows, sweetness and light. He appalled the “gate keepers” of the time. Too scary they said.

His work was pioneering in that he allowed his characters to explore big feelings and frightening circumstances all in the context of a 32-page picture book. Although his work sometimes harkens a darkness, it is his joyful sketches reflecting everyday childhood, his marching parade of children across the pages of A Hole is to Dig or iconic neighborhood kids of The Nutshell Library continued the tradition of the Lucy Sprague Mitchel/ Bank Street College of Education “here and now school” of Children’s Literature. His simple line expresses the joy and sensuality reflecting the inner and outer realities of children’s lives. 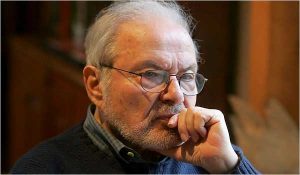 Maurice Bernard Sendak was the son of immigrants from Poland. He was ill as a child, rarely played outdoors, and had few friends. He stayed in the safety of his house using his imagination, drawing, watching Laurel and Hardy, listening to classical music, and reading Disney comics.

Sendak attended the Art Students League for two years, worked for a comic book syndicate, and then was an FAO Schwartz window display artist. Through people at FAO, he met Ruth Krauss, the author of A Hole is to Dig, the first children’s book he illustrated. That book was awarded the New York Times Best Illustrated Book in 1952. With that success, he collaborated with Krauss and more than 80 other authors illustrating children’s books.

In 1963 he began both writing and illustrating books including the 1964 Caldecott Medal-winning Where the Wild Things Are and seven Caldecott Honors books. Sendak is recognized as one of the most awarded illustrators of children’s books. In the 1980s, Sendak added to his career, designing sets and writing lyrics for operas and musicals. 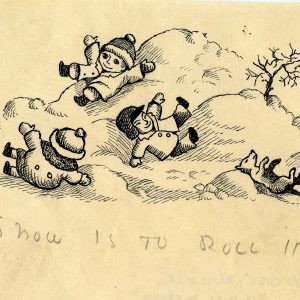 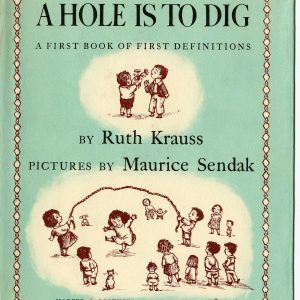