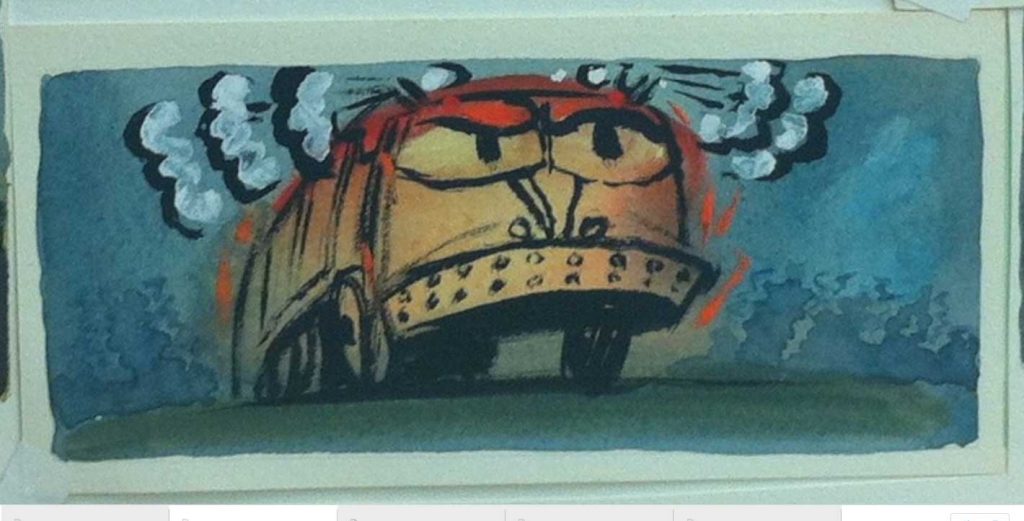 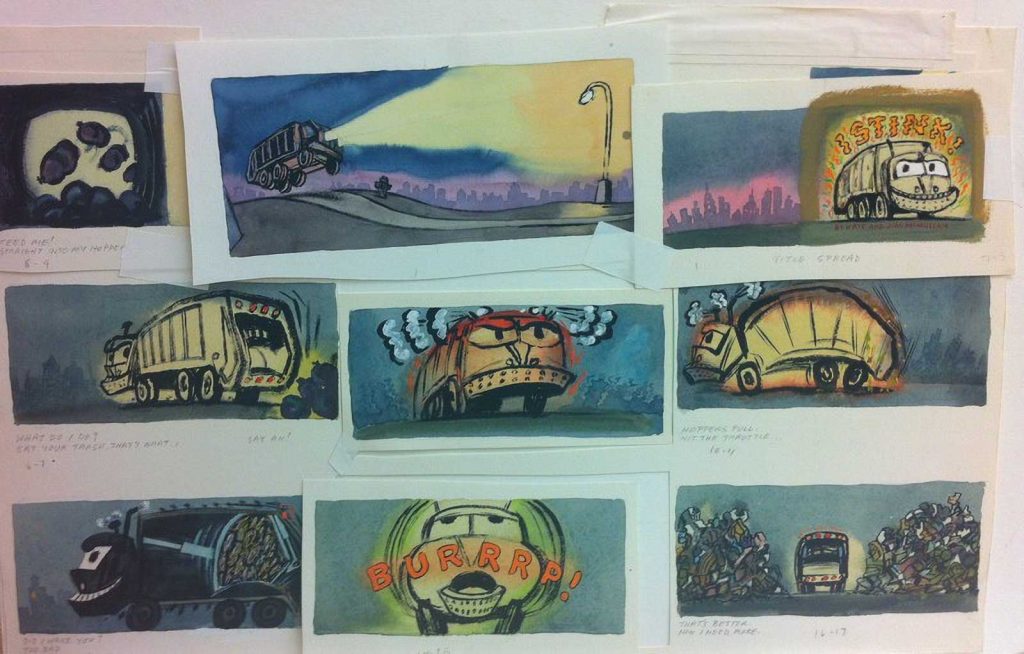 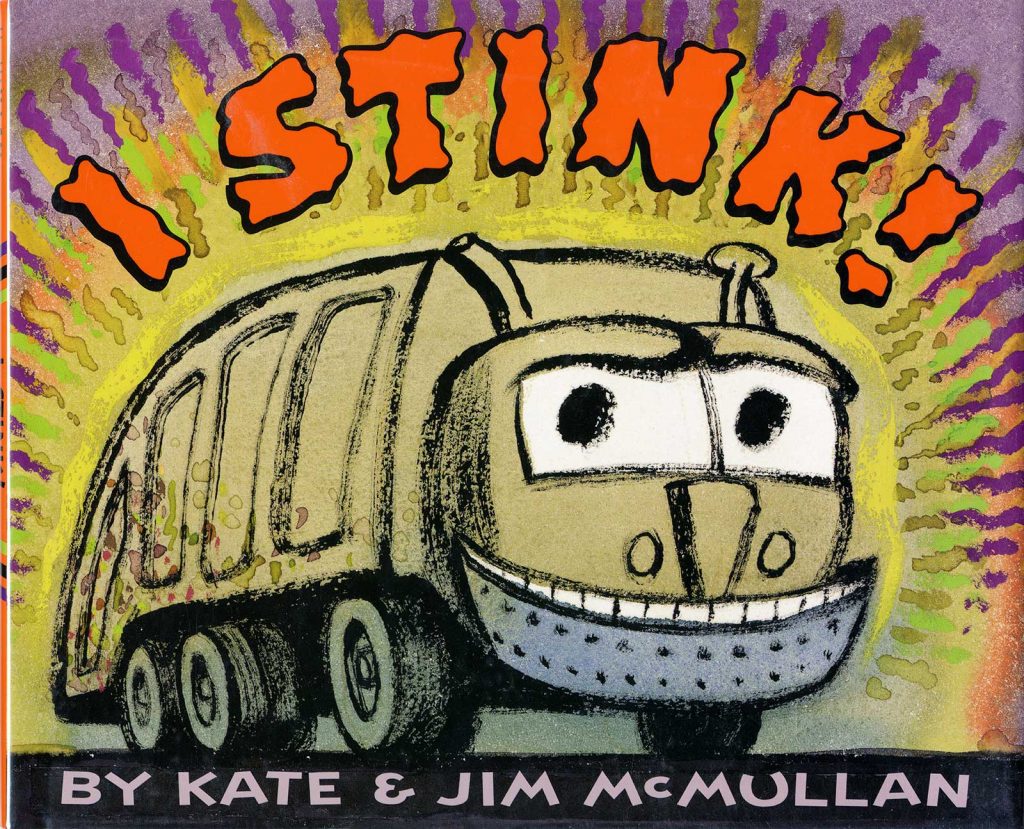 I Stink by Kate McMullan and Jim McMullan, cover, a garbage truck with a smiling face. 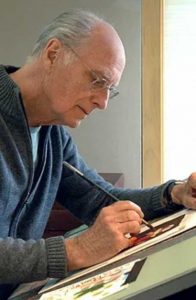 James McMullan was born in China. He went to elementary school in India and loved to draw. He staved off the tough kids by being able to draw Wonder Woman. When McMullan was 17, he and his mother immigrated to the United States. He studied for a year at the Cornish School of Allied Arts in Seattle and then volunteered for the United States Army (where he illustrated diagrams of where to position propaganda loudspeakers on Sherman tanks.) After his service, McMullan moved to New York City and continued his art education at Pratt Institute.

In 1966, McMullan joined Milton Glaser and Seymour Chwast at Push Pin Studios. In 1969, McMullan left Push Pin and joined Milton Glaser and Clay Felker who were starting New York Magazine; McMullan thus became part of the core group of artists that contributed to that magazine’s singular graphic personality. In 1976, McMullan completed his first Broadway poster for the play Comedians. McMullan went on to meet Bernard Gersten, the Executive Producer of Lincoln Center Theater who eventually hired him to create theatrical posters for that institution. McMullan has created more than fifty posters for Lincoln Center Theater, including for shows such as Anything Goes, Carousel, Ah! Wilderness, A Delicate Balance, and South Pacific.

In 1979 McMullan married Kate Hall, a children’s book writer. A year later, their daughter was born. His first book published with his wife, titled The Noisy Giant’s Tea Party, was inspired by their experience with their daughter and was published in 1992. Their bestselling collaboration, I Stink, had won the Irma Simonton Black Award for best picture book from the Bank Street College of Education and has been the inspiration for an animated preschool series from Amazon.