It’s at the Kerlan: Eric Carle and ‘The Very Hungry Caterpillar’ 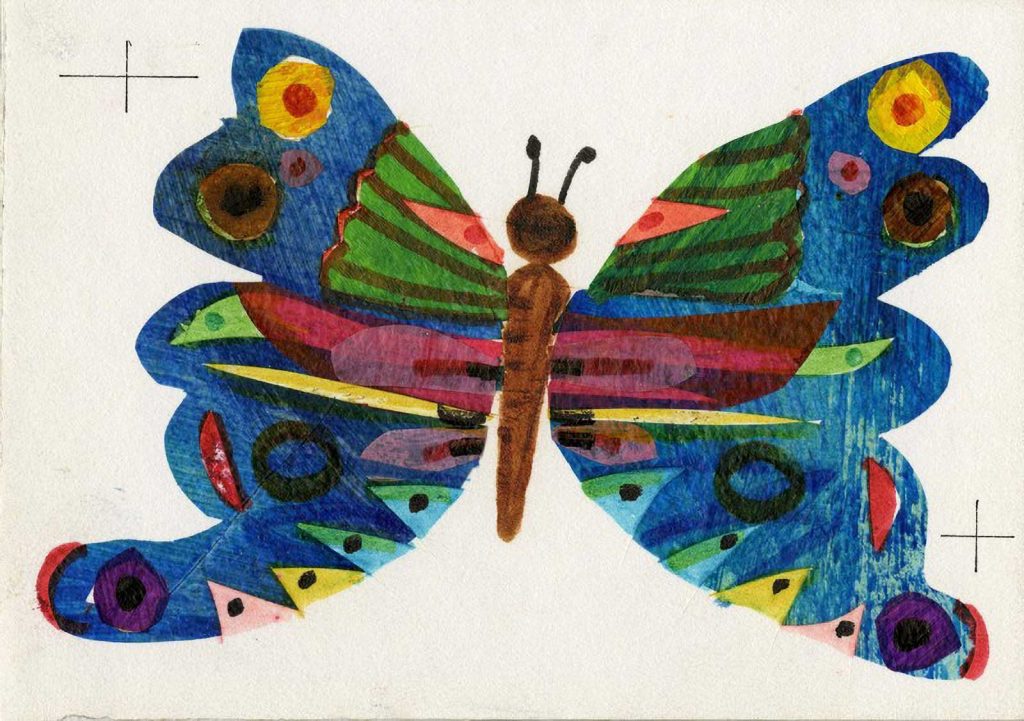 Collage is an art form in which compositions are made out of layers, using pieces of paper, cloth, photographs, and other miscellaneous objects, juxtaposed and pasted on a dry ground. It can include a mixture of any number of mediums, textures and dimensions. It can be used to capture texture. (Children’s Book Art: Techniques and Media) 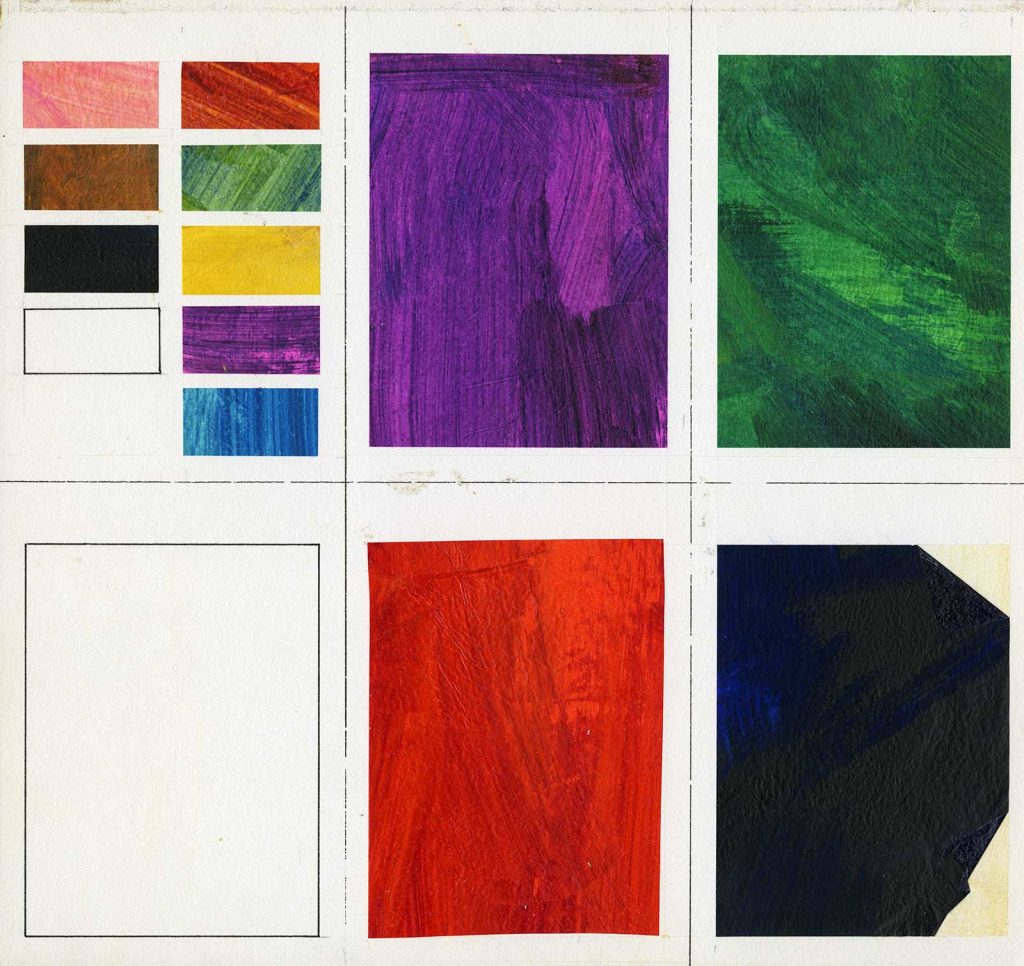 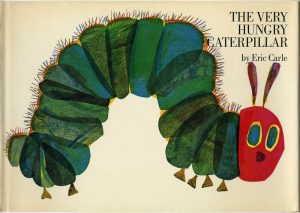 “Like the caterpillar in the story, this well-loved picture book underwent a major metamorphosis, having begun life as a manuscript of uncertain promise titled A Week with Willi Worm.”

Eric Carle was a successful commercial artist when he decided, in midlife, that he would rather make picture books than ads for pharmaceutical companies. Carle, like his friend and one-time mentor Leo Lionni, approached the picture book as a playground for graphic experimentation, as a chance to “squeeze as much as possible out of the paper.”

As he once told an interviewer, “That is how the designer in me came to do holes.”

—Leonard S. Marcus, The ABC of It: Why Children’s Books Matter 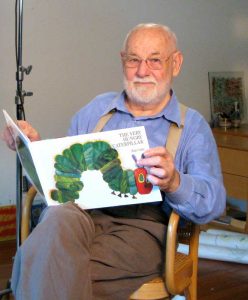 Eric Carle was born in Syracuse, NY in 1929. He and his parents moved to Stuttgart, Germany, to be near his mother’s family when he was in first grade. He learned to speak German and was educated in Germany during WWII. Soon after the war began, his father was drafted into the German Army and was gone for eight years. Part of that time he was a prisoner of war in Russia. Carle began his art studies and in 1952 he returned to the US where he worked with the New York Times. He was recruited into the US Army and was stationed back in Stuttgart. During this time he married his first wife, Dorthea. After discharge, they along with their two children, returned to New York where he worked as a designer until 1963. He soon began working with Bill Martin, illustrating books for children and his life was “beginning to move into its true course.”

In 1969 Carle’s award winning book, The Very Hungry Caterpillar, was published. He went on to write and illustrate more than 70 books, many which include feelings and emotions which were left out of his early school years but which make life “special and joyous.”

In 2002, Carle and his second wife, Barbara Morrison, founded the Eric Carle Museum in Amherst MA. This museum collects and exhibits the best of children’s book illustrations.