A Conversation with Roger Mello and Peter Sís, hosted by the Eric Carle Museum

On April 1st at 7:00 PM EDT, the Eric Carle Museum will host an online conversation between Roger Mello and Peter Sís as they come together to discuss their incredible bodies of work, what compels them to create children’s books, and the deeply personal stories they both bring to life in their illustrations. The conversation will be moderated by Lisa von Drasek, curator of the Children’s Literature Research Collections, University of Minnesota. Co-hosted by Archipelago Books. 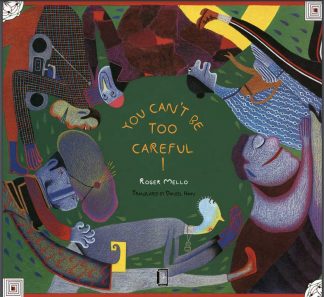 Roger Mello has illustrated over 100 titles – 22 of which he also wrote – and his unique style and adroit sense of color continues to push the boundaries of children’s book illustration. Rather than relying on written narrative to tell the story, Mello invites his young readers to fill the gaps with imagination. Mello has won numerous awards for writing and illustrating, including three of IBBY’s Luis Jardim Awards, the Best Children’s Book 2002 International Award, and the 2014 Hans Christian Andersen Award. In 2018, You Can’t Be Too Careful! was named a Batchelder Honor Book by the American Library Association. 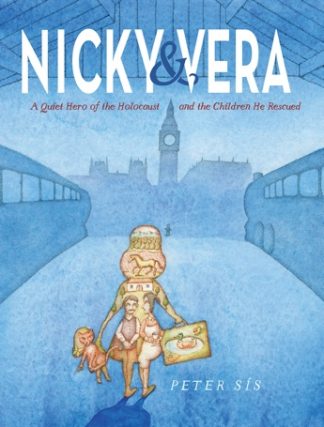 Peter Sís is an internationally acclaimed illustrator, author, and filmmaker. His books, Starry Messenger: Galileo Galilei, Tibet Through the Red Box, and The Wall: Growing Up Behind the Iron Curtain were each named Caldecott Honor Books by the American Library Association, and The Wall also was awarded the Robert F. Sibert Medal. Sís is the first children’s book illustrator to win the MacArthur Fellowship, and in 2012 won the Hans Christian Andersen Award for lifelong achievement. His new book is Nicky & Vera: A Quiet Hero of the Holocaust and the Children He Rescued.

Lisa Von Drasek is the Curator of the Children’s Literature Research Collections. Formerly the Children’s Librarian of the Bank Street College of Education, Lisa was the teacher/librarian for pre-k through 8th grade as well as a teacher of Children’s Literature, Storytelling, and Children’s Book Publishing 101 to students in the graduate school of education. While serving as director of Bank Street’s Center for Children’s Literature, Lisa founded the Cook Prize, given to a STEM book chosen by children grades 3-4. She has reviewed children’s books for The New York Times, EarlyWord.com, Shelf Awareness and blogs at Blue Ox Review and served as a juror on the Caldecott Committee, The New York Times Best Illustrated, the Newbery Committee, The Ezra Jack Keats Award, Trudi Birger Prize (Jerusalem Book Fair) National Book Awards for Young People’s Literature, and American Library Association’s Notable Children’s Books.