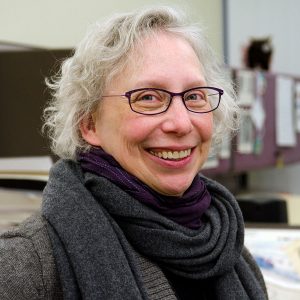 The series of Mr. Men and Little Miss books for children started 50 years ago with a tickle, as described by Liza Weisstuch in an article in the Dec. 8 New York Times. British advertising copywriter Roger Hargreaves was asked by his 8-year-old son what a tickle looked like. He wrote and illustrated “Mr. Tickle,” which launched a series in which a character’s defining feature often causes “a bit of a predicament.” By the end of the book, however, the character and the children hearing the tale have learned the error of their ways.

One of the experts quoted in the New York Times article about the Mr. Men and Little Miss books was Lisa Von Drasek, Curator of the Kerlan Collection of Children’s Literature.

Hargreaves created 43 Mr. Men characters (Mr. Late, Mr. Grumpy, Mr. Clever, and so on) and 21 Little Miss characters (Little Miss Helpful, Little Miss Bad, Little Miss Sunshine, and so on) before he died from complications of a stroke. His son, Adam Hargreaves, then 25, took over the publishing brand of “brightly colored minimalist figures,” has created 13 characters, and written and illustrated 150 titles. In 2011, the Japanese company Sanrio, purveyors of Hello Kitty, bought the brand.

While the characters are “kawaii” cute and gently teach children, the series has been criticized for how the different traits are paired to a Mr. Man or a Little Miss.

“I remember them as sweet little funny books, and they certainly reflect the lives of the child who’s reading it or the parent reading it to them, but it really is so gendered,” Von Drasek told Weisstuch. She suggested that the series could use the non-gendered title Mx for all the characters. Von Drasek said: “What better way to celebrate than reflect present day and include all children?”

After all, as Adam Hargreaves is quoted at the end of the article: “It’s about entertaining and amusing children.”