There is a couple feet of snow outside my front door yet I just got a reference request for my favorite picture books about gardening.

If I was forced to pick my favorite book about gardening it would have to be John Coy’s Two Old Potatoes and Me. This is a terrific read aloud that gives factual information as well as a resonating story of a girl and her dad. 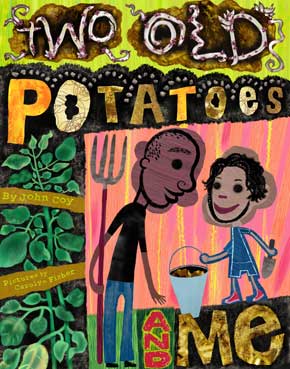 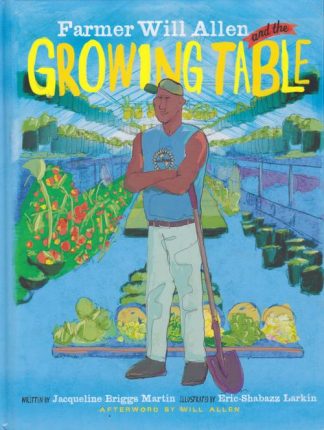 Will Allen is no ordinary farmer. A former basketball star, he’s as tall as his truck, and he can hold a cabbage–or a basketball–in one hand. But what is most special about Farmer Will is that he can see what others can’t see. When he looked at an abandoned city lot in Milwaukee he saw a huge table, big enough to feed the whole world.

No space, no problem. Poor soil, there’s a solution. Need help, found it. Farmer Will is a genius in solving problems. In 2008, the MacArthur Foundation named him one for his innovative urban farming methods, including aquaponics and hydroponics.

Farmer Will Allen is the first book of Martin’s Food Heroes series, followed byAlice Waters and the Trip to Delicious. In 2015, it was selected by Points of Light Foundation to set a new Guinness World Record for the most children reading the same book across the globe to promote literacy. Nearly 300,000 participated. 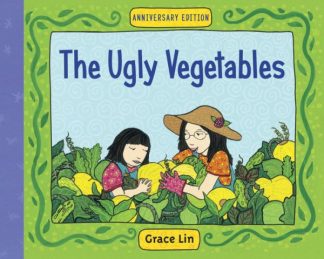 “While the gardens in her suburban community look like “rainbows of flowers,” and “the wind always smelled sweet,” the unnamed narrator is disappointed with her family’s Chinese vegetable garden. All she sees are “lumpy,” “icky yellow,” and “thin and green” vegetables, and she wonders why her family doesn’t grow flowers instead.” Hornbook 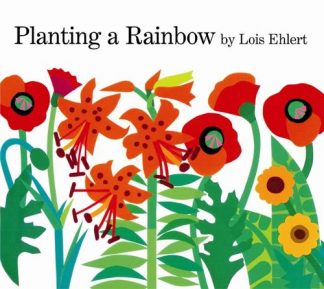 Ehlert’s crisp graphics are celebration of color for the very young child just beginning to explore the garden. HMH, 1988. 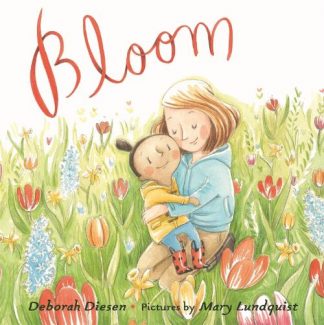 Paralleling the planting of a garden in the fall and its blooming is the growth of a young girl and all the milestones that happen between fall and spring.Diesen never makes the comparison overt, which makes this book all the more delightful. 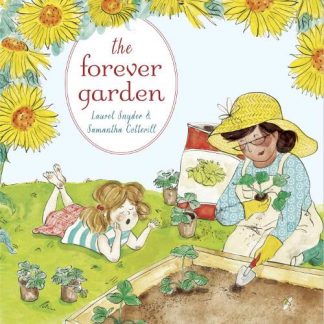 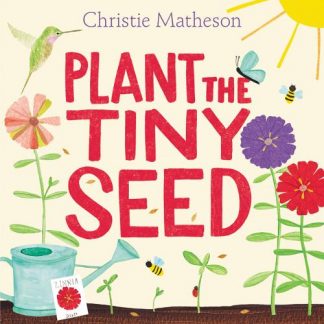 “Tap the cloud / and wish for rain. / Clap to bring the sun again.” The rhyming text and bright collage art involve listeners as a zinnia plant grows from seed to sprout to flower to re-seeding, all the while visited by a ladybug, worm, bees, and more. A final page encourages readers to plant easy-to-grow flowers and gives some information on pollinators and worms.” 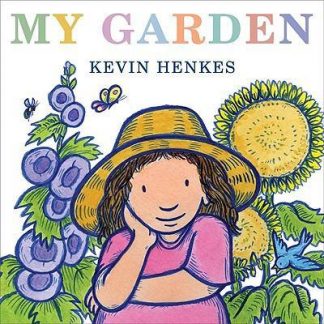 This fantastical vision of a little girl’s garden that grows fewer hollyhocks and more chocolate bunnies. 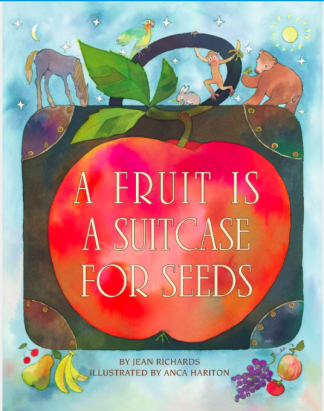 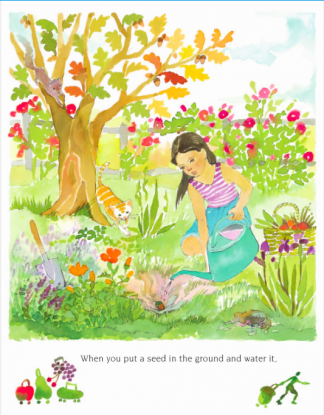 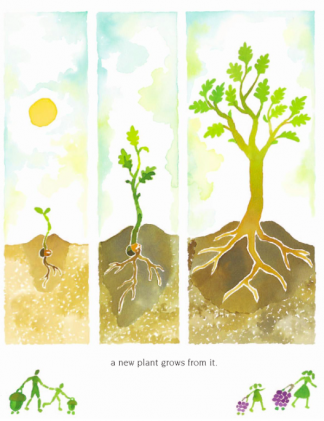 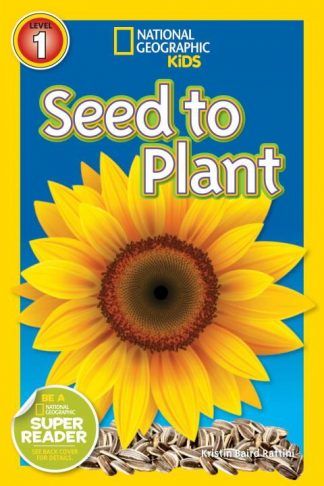 National Geographic, 2014
A terrific introduction to plants for the beginning reader. 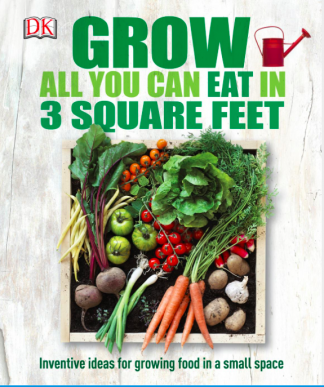 DK, 2015
Though not really a book for kids, a perfect introduction to gardening in small spaces.