What is the Bologna Children’s Book Fair?

For 57 years BCBF has been the  premiere international event for children’s publishing. Every spring the universe of books, illustration and multimedia contents are featured in Bologna, Italy, bringing together over 1,400 exhibitors and around 30,000 visitors. Much more than just a fair, BCBF is at the same time an animated business hub and creative laboratory, where past and future happily meet the present. With more than 50 years of experience, the event held every year in Bologna is a a unique coming together of artists, publishers, editors, teachers, librarians, authors, and critic. A global community of kindred spirits celebrating content for children and their caregivers.

What are the BolognaRagazzi Awards?

“On the occasion of the 2020 Bologna Children’s Book Fair, BolognaFiere will confer the “BolognaRagazzi Award” in the sections FICTION, NON FICTION, COMICS, OPERA PRIMA (DEBUT WORK) and in the special section CINEMA.”

This year the judges selected picture books, cinema, and comics

Over 1,000 books were submitted from 41 countries for 54 th edition of the BolognaRagazzi Awards. 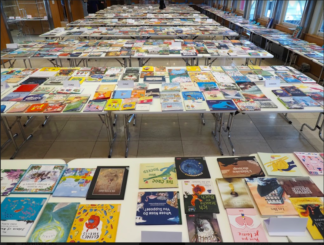 The Judging Panel for Children’s Books 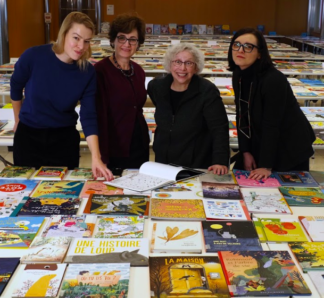 This was my panel. We judged mostly picture book format in fiction (story) non-fiction, and debut work.

Dina Basso is a bookseller at the Libreria dei Ragazzi in Turin, where she also organizes workshops on children’s literature.

Nicolette Jones is a writer, literary critic, professional moderator of literary events and broadcaster. She has been the children’s books reviewer of the Sunday Times for more than two decades.

Birthe Steinbeck is currently Deputy Art Director at “Süddeutsche Zeitung Magazin”, created together with a team of talented designers while collaborating with some of the world’s best creatives which has earned her numerous recognitions.

And me, Lisa Von Drasek is the Curator of the Children’s Literature Research Collections .

NOTE: The judging could not have taken place without the many (too many to mention) Bologna Fair Prize administrators translating texts from many lands and cultures, running for books, providing encouraging words, official language, AND the many, many, many cups of tea and espresso to maintain our stamina. Thank you Elena Pasoli, who led this remarkable team.

The FICTION section shall include fictional works of stories or fables in the form of picturebooks or publications whose illustrations are the predominant feature. BolognaRagazzi Award is not a literary prize. Novels and short stories shall not be taken into consideration by the Jury. 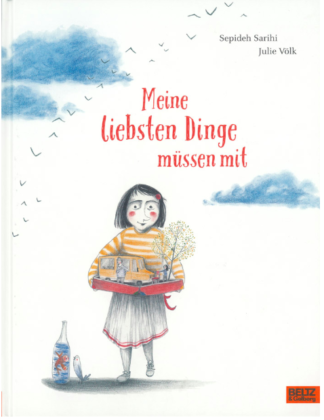 What the jury said: “This remarkable picture book is the work of an Iranian writer and a German illustrator.  It describes, with finely drawn graphite illustrations, minute details, a touch of the surreal, a sense of place and a resonant theme, what it means to move or to experience change, and tells the truth that our most precious things do not necessarily fit in a suitcase.  This is a story of migration and memories, and of a child finding independence (on a bicycle) and learning to come to terms with loss.” 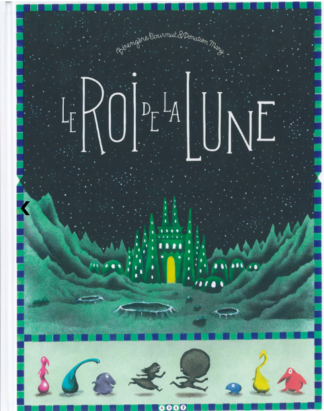 What the jury said: “This visually surprising and amusing picture book uses startling colours, graphic design, a retro style and cursive script, to tell a dynamic surreal adventure which starts when Anathilde’s bedtime story ends. Hinting at literary references, it takes the reader through fantastic landscapes and meetings with odd creatures.” 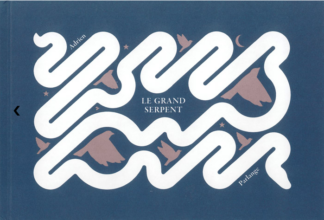 What the jury said: “In a horizontal format, this original lino-cut picturebook conjures a dream encounter between a child and a elongated pillow snake that travels across every page.  The snake’s body is like a path that goes through the room, the house, the garden, the city, and into the wild, ending with a friendly face-to-face exchange.” 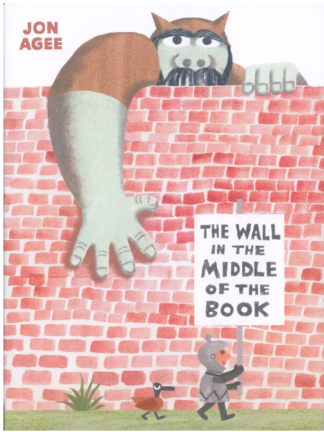 THE WALL IN THE MIDDLE OF THE BOOK

THE WALL IN THE MIDDLE OF THE BOOK

What the jury said: “Illustrations contradict text in this clever, witty and resonant picturebook, in which a diminutive White knight asserts that the brick wall vertically occupying the gutter of every double-page spread will protect him from all that he fears on the other side. Cartoonish figures with expressive faces and body language belie all his misinformed apprehension.”

The NON FICTION section shall include publications providing general or special information on any area of knowledge, science, history, music, persons, or any other topic broadening the learning experience. 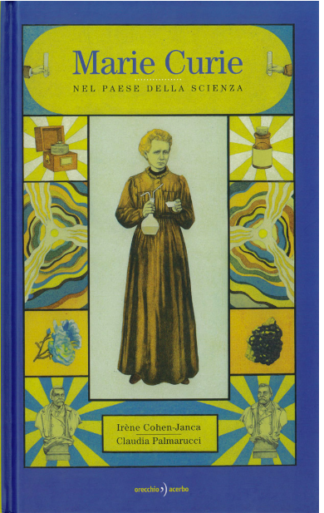 What the jury said: “Telling the story of a life without being just a rehearsal of facts, this is a moving biography that is at the same time intimate and public. Despite its realistic style and historical accuracy, it has a surreal quality, and is constantly pervaded with a yellow tone that suggests the irradiation of polonium.  It uses visual references to works of art of different times which are all annotated extensively at the back so the book brings art history and science together.”

What the jury said: “Introduction of mapping for young children through the journey of Sam the cat. A variety of visual display from the neighborhood map to the anatomical map to the cross sectional graphic brings us all the way home. Mixed media, paint and digital collage give page-turning movement from the grass to the stars.” 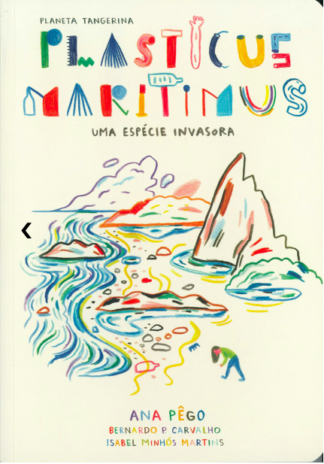 What the jury said: “A uniquely formatted and physically satisfying field guide to saving our planet through recognizing the harm of plastics and what we can do in the way of activism and creativity. It uses a variety of original artwork, including photographs, color pencil sketches and imaginative graphics.” 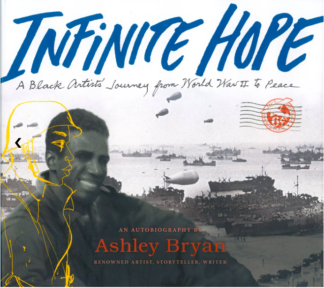 What the jury said: “Distinguished Black American artist and writer Ashley Bryan has created a book which is part memoir, part work of art and part historical narrative. In a scrapbook of archival materials including his own letters, sketches and paintings, Bryan describes his service to his country during world war two and the fight for equality within and without government structure. This oversized album is also a history of American art and civil rights.” 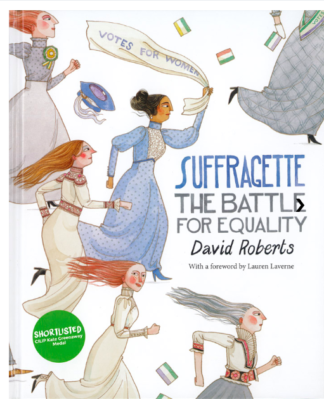 SUFFRAGETTE. THE BATTLE FOR EQUALITY
×

SUFFRAGETTE. THE BATTLE FOR EQUALITY

What the jury said: “Using elegant and scrupulously researched illustrations, with a light-hearted and decorative line and an engaging narrative, Roberts tempts a young audience into the struggle for the vote in Great Britain, embracing episodes of both humor and horror, and producing a large format volume of airy grace.”

The OPERA PRIMA (DEBUT WORK) section is reserved to works of hitherto unpublished authors or illustrators. The award shall acknowledge innovative projects and the research they entail. 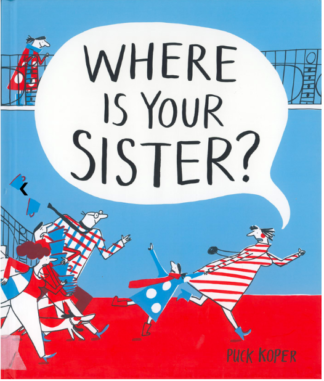 WHERE IS YOUR SISTER?

What the jury said: “An animated, funny picturebook distilled to clean lines, a limited palette and flat, geometric shapes in which crowded pages encourage readers to seek and find, as a child gets separated from her mother and sister in a department store, earning free cake. It plays with the universal fear of getting lost.” 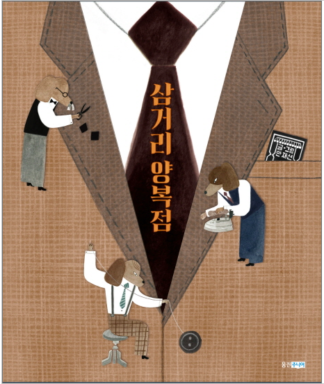 AN OLD TAILOR SHOP AT THE INTERSECTION

AN OLD TAILOR SHOP AT THE INTERSECTION

What the jury said: “Chronicling 100 years of history of a small men’s tailor’s shop in Seoul, retold with dog-headed figures, and making judicious use of color based on browns and grays, this exquisite picture book shows the details of the crowded city, tailoring tools and processes, and a fascinating variety of body shapes being measured and fitted with bespoke suits.” 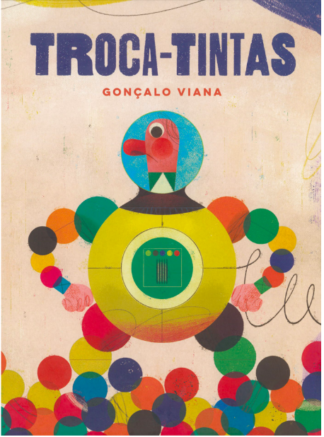 Text and illustrations by Gonçalo Viana

What the jury said: “A zinging picture book that playfully invites readers to subvert the expected and imagine the world in different colors. It has a vintage 1950s circus-y flavor with a fresh, distinctive, bold look which is impressively accomplished for a debut.” 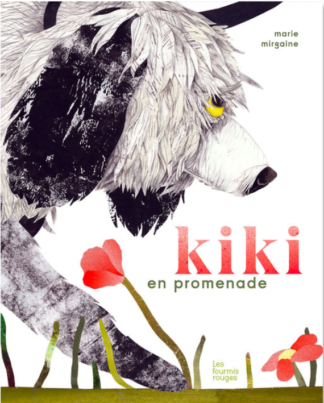 What the jury said: “The charmingly absurd tale of oblivious Julien who walks his shaggy dog. As they trudge forward the dog is snatched by an eagle. Without a backward glance, Julien walks the eagle and successive predators until Kiki returns. Deliciously paced and skillfully crafted from varied techniques including textured paper collage.” 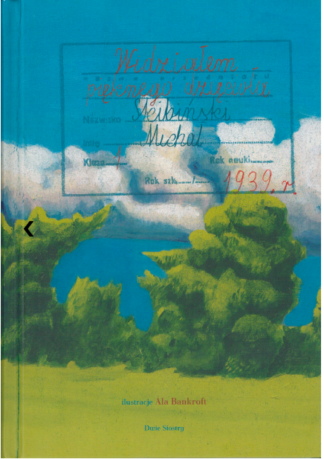 What the jury said: “In Warsaw in Poland an eight-year-old boy was told to write a sentence a day to practise his handwriting over the summer of 1939. The holiday was interrupted by war, but the manuscript diary survived and this rare discovery is reproduced 80 years later and  with lush, sunlit, paintings.” 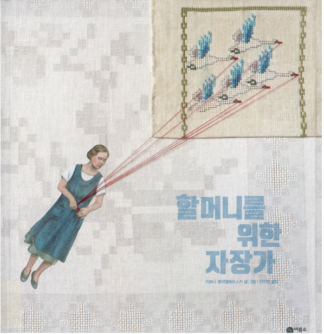 The New Horizons prize is given to a particularly innovative book. This year’s winner is Lullaby for grandmother by Iwona Chmielewska (BIR Publishing, South Korea), described by the jury as a visual masterpiece for the way it tells a grandmother’s life through a collection of embroidered linens and domestic fabrics.