From the Archives: Who was Dr. Kerlan?

at the University of Minnesota began with a donation of rare books from Dr. Irvin Kerlan (1912-1963) in 1949. Dr. Kerlan was long time chief of medical research for the U.S. Food and Drug Aministration in Washington D.C., and an authority on toxicity and related matters. He collected rare books as a hobby and soon turned to children’s books.

Irvin Kerlan was born into a second generation Jewish immigrant family from Poland whose name was originally Kerlanski. As a rag picker in the St. Cloud, Minnesota suburb of Waite Park, Kerlan’s father made enough money to buy a small store. The family believed strongly in education and the older brothers attended the University of Minnesota where they studied medicine and dentistry. At fourteen, Irvin decided he would enroll at the university, and, although encouraged to attend the university’s high school, he managed to take the academic classes and graduate from the medical school at age twenty. He then took a position in northern Minnesota where he had mixed success in practicing medicine. He returned to the university to enroll in courses in the new field of public health that finally led him to his job in Washington.

He rose in rank and reputation ultimately to become chief of medical research with the FDA. He supervised the research program, wrote articles on toxicity, published widely, and gave speeches around the country. With the high professional standards that he demanded of himself, it is not surprising that his health failed, and he suffered a thrombosis. His physician recommended that he find a quiet hobby. (Hoyle, Karen. “The Kerlan Collection.” The Lion and the Unicorn 22, no. 3 (1998): 319-322)

Dr. Kerlan chose what was best and representative of each current year and, when he could afford it, bought children’s classics and past Newbery winners. It was not long before he took his collection one step further, pursuing the background material that went into making the books. He wrote letters to authors and illustrators, and they replied by forwarding their original manuscripts, artwork, and selected correspondence with editors and children.

From his collection, Dr. Kerlan organized exhibitions and shipped them to libraries and art galleries in North America, Europe, and the Far East. In 1949, he made arrangements with the University of Minnesota, his Alma Mater, to provide a permanent home for his collection, and the transfer was undertaken at once. Dr. Kerlan was just 51 years old when he was killed in a traffic accident.  (Hoyle, Karen Nelson. “CLRC at the University of Minnesota.(Children’s Literature Research Collections).” Bookbird 46, no. 1 (2008): 45-50.) 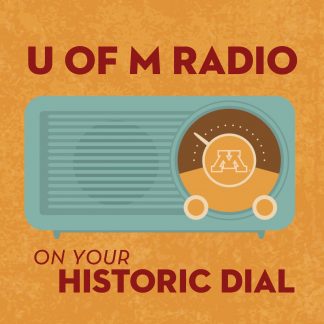 U of M Radio on Your Historic Dial features historic recordings from KUOM and WMMR — the original professional and student-run radio stations at the University of Minnesota. Digitization of University Archives recordings was financed in part with funds provided by the State of Minnesota from the Arts and Cultural Heritage Fund through the Minnesota Historical Society as part of the Preservation of Minnesota’s Radio History: An Audio Digital Conversion and Access Project.

Here is a rare opportunity to hear Dr. Kerlan talk about his collection.

For insight into Dr. Kerlan’s collecting and relationships with the authors and illustrators of children’s books Dear Dr. Kerlan, You Have Created a Safe Haven by Jean Stevenson, provides just that. 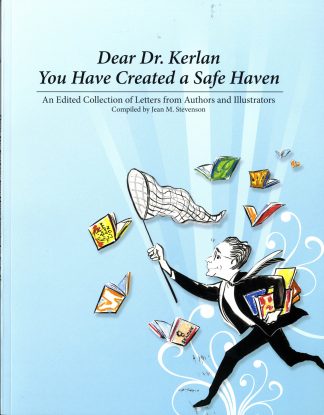 Professor Stevenson is an associate professor of the Department of Education, UMN Duluth and former president of the Kerlan Friends. Dear Dr. Kerlan was published by University of Minnesota Libraries, Archives and Special Collections, in 2012. Available through the Children’s Literature Research Collection for $14.99.